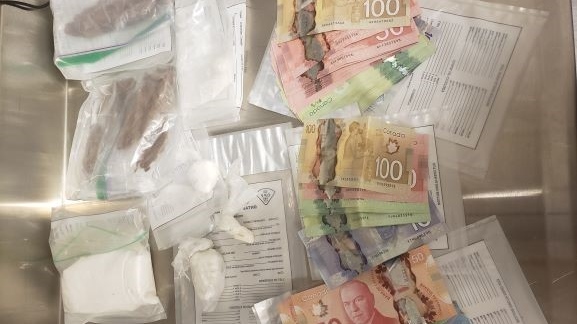 On April 30, 2021, members of the OPP and uniformed officers executed two search warrants, one on a residence on West Street and the other on an apartment on Mississaga Street in Orillia, Ont. (Supplied)

According to provincial police, officers executed search warrants at a West Street residence and a Mississaga Street apartment on Friday shortly after midnight.

Police arrested five Orillia residents and one 17-year-old from North York after officers allege they found cocaine and cash.

The five adults were released with a future court date scheduled.  The teen was held for a bail hearing.

The OPP encourages anyone with information about crime in the community to contact police or Crime Stoppers to leave an anonymous tip.