Motorcyclist accused of speeding 112km/h over the posted limit 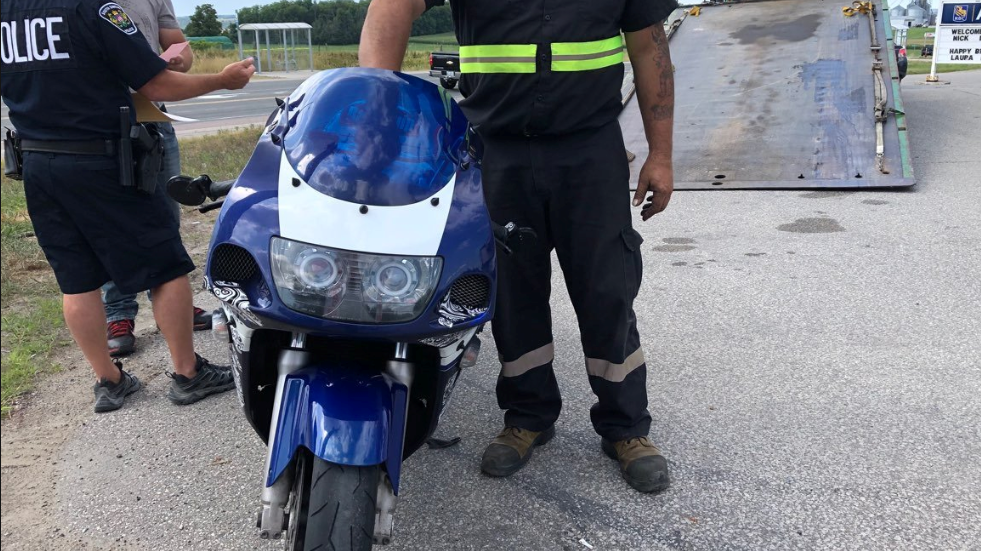 Police impound a blue motorcycle after the driver is charged with stunt driving in Innisfil on Fri., Aug. 16, 2019 (South Simcoe Police)

Police say they clocked a motorcyclist speeding 112km/h over the posted limit in Innisfil on Friday.

The man is accused of travelling 192km/h in a posted 80km/h zone.

Police say his licence was suspended for seven days and his motorcycle was immediately impounded.

Fines for stunt driving range from $2,000 to $10,000. Police say there is a maximum licence suspension of two years for the first conviction and six months in jail.