Mother and son from Wasaga Beach have 100,000 reasons to smile 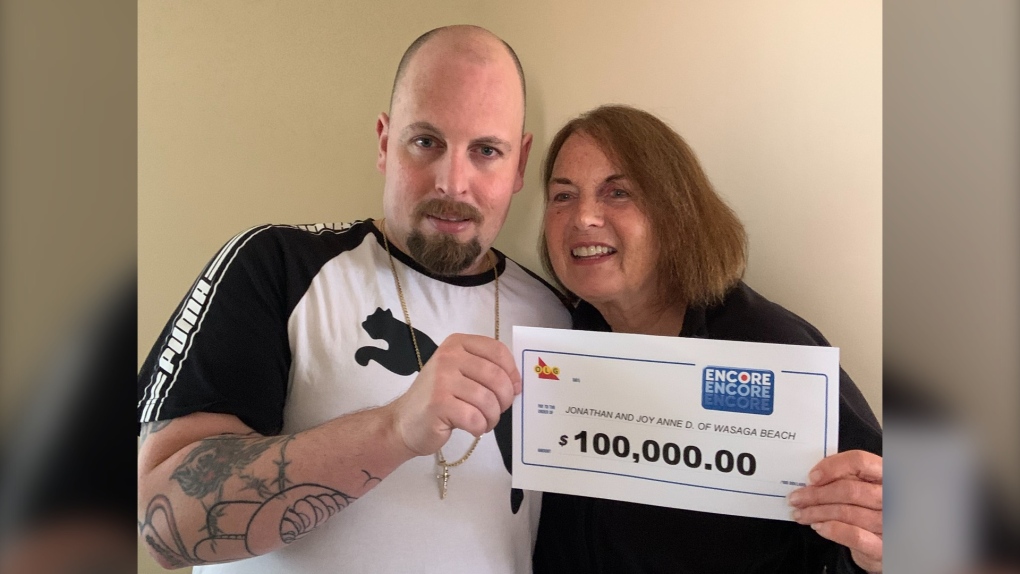 Jonathan Drew-Tucker and Joy Anne Drew-Tucker of Wasaga Beach, Ont. are $100,000 richer after an ENCORE win (Ontario Lottery and Gaming)

In a news release, Jonathan says he doesn't usually play ENCORE, but decided to on the spur of the moment.

He says the win couldn't have come at a better time, as he and his fiancée buy a house. He's happy to be sharing his win with his mom.

"She's done so much for me, my children, and my fiancée. She loves to vacation, so hopefully, it will be safe to travel soon, so she can explore the world," Jonathan says.