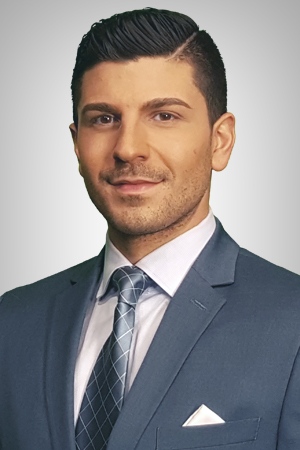 Contact
Sean is a videographer at CTV News Barrie.

Sean joined the CTV Barrie news team in 2017 as an anchor and videographer.

Sean has been part of the CTV News team since October 2013, starting as an anchor/reporter at CTV Northern Ontario in Sudbury.

His coverage about a local military veteran and his struggles returning to civilian life, earned him an RTDNA Dave Rogers Award for best long feature in 2018.
In 2017, Sean was nominated by the RTDNA for his reporting on a former Ontario Hockey League goalie “coming out” and trying to curb homophobia in professional sports.

Prior to joining CTV News, he was an anchor/reporter and weather specialist for City News/Breakfast Television in Winnipeg.
Sean started his journalism career as an intern in the nation's capital at Global National. Following his internship, he worked as a chase producer and assignment desk coordinator at Global News in Toronto.

Sean has a degree in Communications from the University of Guelph-Humber, a diploma in Journalism from Humber College and a degree in Education from Trent University.

Sean was born in Toronto and grew up in Mississauga.

Off-camera, he enjoys volunteering, traveling, working out and spending time with family and friends.