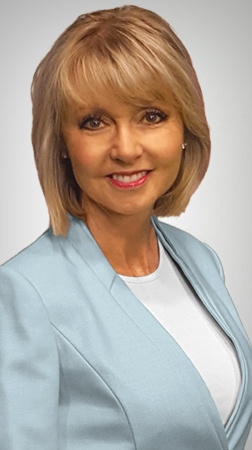 Jayne is a staple in our newsroom and community.

Jayne began her broadcasting career here in 1982 as host of CKVR’s  talk show, Good Company and then later the lifestyle show Summer Scene.

Jayne’s interviewing experience was put to good use when she moved into news as a reporter. Jayne’s connections served her well with another career move when she became the Community Relations Officer for the station. In 1998 Jayne came back into the news department as a news anchor.

Jayne has covered local, provincial and national elections. Jayne was recognized as one of Simcoe County’s top 20 women making a difference in our community in 2012.  She was also featured in a national magazine in a continuing series on strong Canadian women.

Jayne often volunteers her time to help host charitable events in our community.