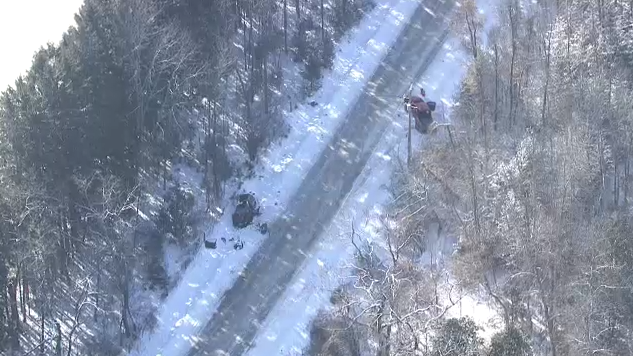 An SUV with two occupants was involved in a serious collision with a pickup truck in Georgina, Ont., east of Sutton on Tues., Jan. 25, 2022 (CTV NEWS)

Police are appealing to witnesses of a serious collision from early Tuesday afternoon in Georgina that sent two people to the hospital.

York Regional Police say an 87-year-old woman suffered life-threatening injuries in the crash between a red Ford Ranger and a red Honda CRV.

They say it happened around noon in the area of Black River Road and Bayvista Lane, east of Sutton.

Police say the SUV driver was not injured.

Officers are investigating the cause of the collision and urge witnesses or anyone with dash cam video from the area to come forward.