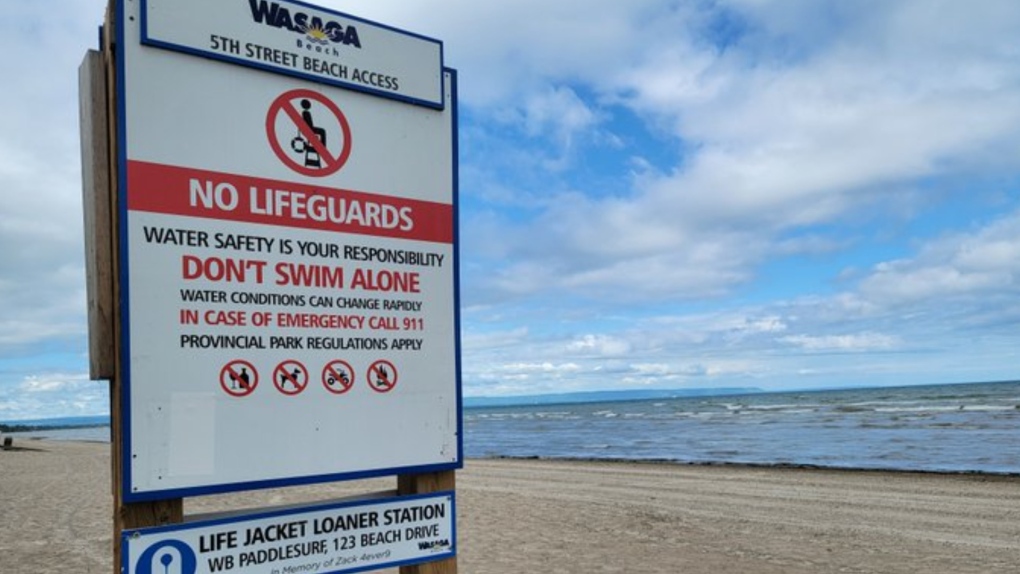 A 70-year-old woman has died after collapsing while in the water in Wasaga Beach.

Wasaga Beach Deputy Fire Chief Craig Williams told CTV News the water level was below her waist when she experienced a medical condition that may have led to cardiac arrest.

She was pronounced dead at the scene.

Newly disclosed documents show federal intelligence officials warned decision-makers that the police dispersal of 'Freedom Convoy' protesters in Ottawa last winter could prompt an 'opportunistic attack' against a politician or symbol of government.

More than half of Canadians say the pandemic negatively impacted their children: report

A new report has found that more than half of Canadian parents report 'negative impacts' on their children after two years of living through the COVID-19 pandemic.

Increased loneliness, isolation a side effect of inflation for Canadian seniors

Canadian seniors are being forced to make tough choices, cutting out frills and nice-to-haves in the face of near 40-year-high inflation rates. But older adults also face a unique, less-talked-about challenge — the increased social isolation that experts say often occurs as a result of high inflation.

Why is ArriveCan still mandatory, and what is Ottawa's plan for the app?

The glitch-prone app touted as an efficient border tool early in the pandemic has become a punching bag for critics who question its utility -- but ArriveCan may be here to stay.

A 12-year-old player in the Little League World Series is in critical condition after falling from a bunk bed at the players' dormitory in Williamsport, Pennsylvania, his team tells CNN.

Having seen eight coaches come and go in less than 10 years, Manchester United fans know their false dawns. Wednesday shed a different light on strife at the giant football club: Elon Musk said he was buying it -- and then said it was all a joke.