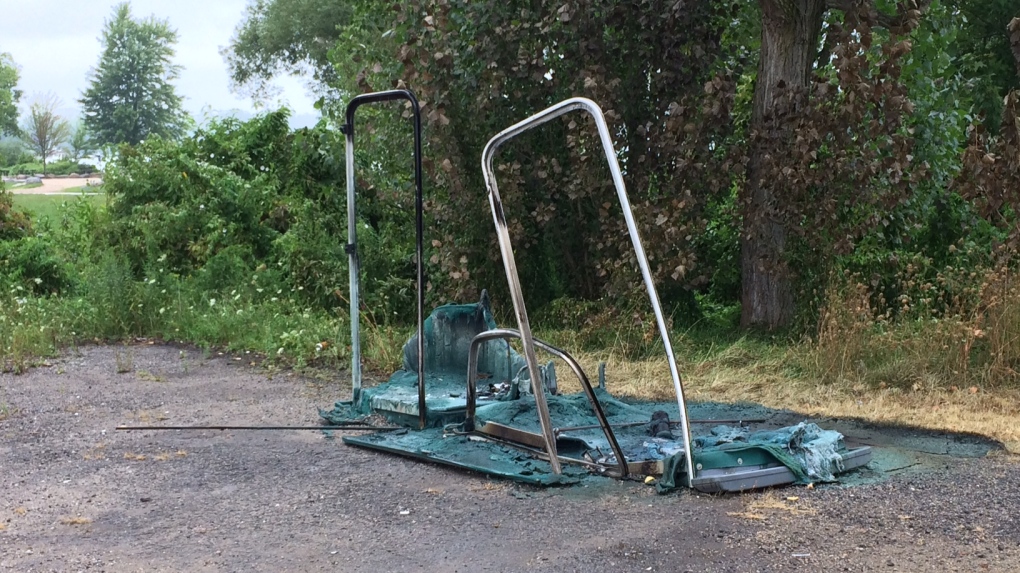 A portable toilet was melted to the ground after fire at Innisfil Beach Park in Innisfil, Ont. on Friday, August 17, 2018. (CTV News/Don Wright)

South Simcoe Police is investigating after three portable toilets were destroyed at Innisfil Beach Park.
Police say they were called around 2 a.m. on Thursday for a fire in the park.  According to police, Innisfil fire had already extinguished the blaze when officers arrived.
The portable toilets were completely melted to the ground.
Police are asking anyone with information to contact them or Crime Stoppers.