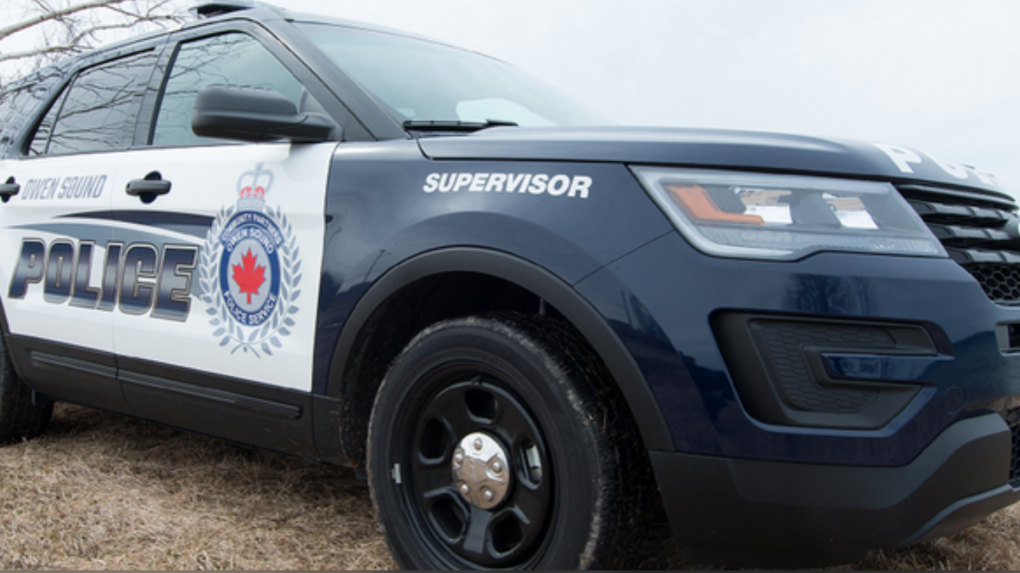 A man is lucky to be alive after crashing his truck Sunday. (SUBMITTED BY OWEN SOUND POLICE)

Police responded to a single-vehicle crash on 2500 block of 3rd Avenue West in Owen Sound shortly after 8 a.m. on Sunday.

Police determined a pickup truck was travelling north when the 56-year-old driver suddenly crossed the oncoming lane clipping a hydro pole, which ripped off the front left wheel of his vehicle.

The truck continued across two properties, sliding almost 300 feet before striking a house and coming to rest.

The crash caused damage to the hydro pole and attached equipment, while the house sustained minor damage, and the vehicle was a write-off.

The Owen Sound man was not injured, but he was charged with careless driving and having open liquor in a vehicle.

A 23-year-old Ontario woman has been charged under the provincial welfare services act after a graphic video of a horse being dragged surfaced online. One video shows the horse being pulled with ropes as its back hooves drag along a road.

Alberta Premier Danielle Smith is reversing a promise to enshrine human rights protections for the COVID-19 unvaccinated in law this fall.

How much water do you need to drink in a day? ‘Eight glasses a day’ rule a myth: study

You may have heard the oft-repeated advice to drink eight glasses of water a day, but according to a new study, the amount of water we need daily ranges wildly based on numerous factors.

Two months after being fired, a former member of the Vancouver Canucks coaching staff has filed a complaint with the BC Human Rights Tribunal against the hockey team over alleged discrimination.

The Royal Canadian Air Force says two senior officers have been charged for allegedly failing to stop a group of fighter pilots from assigning an inappropriate nickname to another member in June.

An Abbotsford police officer was caught on camera punching a man twice in the face during the course of an arrest this weekend, prompting a review by the department and a provincial watchdog.

If you are expecting a baby and are still trying to choose a name, these new top 100 lists might help you to find one.

Is Alberta's approach to addiction truly behind the declining number of drug-poisoning deaths?

While the Alberta government and federal Conservative party claim the province's recovery-oriented care model is the reason that fatal drug poisonings have decreased by almost 50 per cent over a year, the statistic doesn’t show the full picture, cumulative data analysis shows.