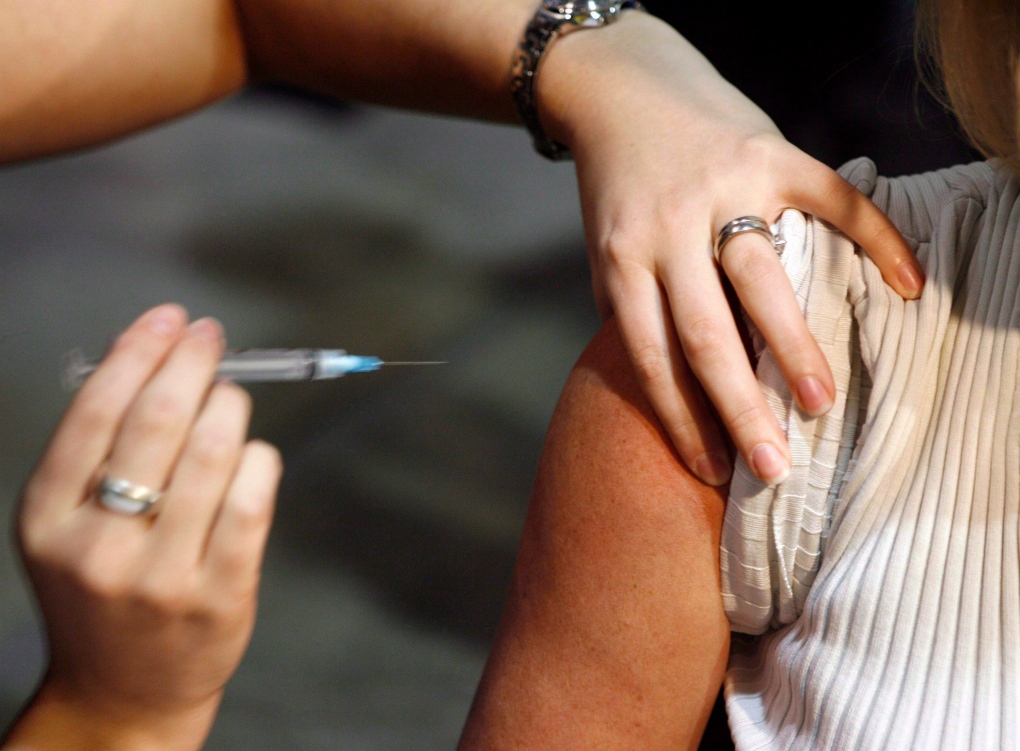 Community Health Nurse Amy Beck injects a patient with a H1N1 vaccine during a flu shot program in Calgary on Oct. 26, 2009. (Jeff McIntosh / THE CANADIAN PRESS)

McCarthy, currently co-host of talk show The View, has been vocal about her belief that vaccines can cause autism in children like her son -- a claim largely based on a research paper that has since been denounced as fraudulent.

"The study she's referred to has been discredited many times. There is absolutely no truth in that argument."

McCarthy, who's faced harsh criticism for the views, recently said she's not anti-vaccine and never told parents not to have their children immunized.

She said she simply questioned the "one size fits all" approach to giving infants multiple shots at one time.

"I embarked on this quest not only for myself and my family, but for countless parents who shared my desire for knowledge that could lead to options and alternate schedules, but never to eliminate the vaccines," she wrote in the Chicago Sun-Times on April 12.

But Matthews said she's discussed the so-called "Jenny McCarthy effect" with government officials because there's a concern that her views on vaccines may stop Ontario parents from having their children immunized.

Parents need to understand that it's perfectly safe to vaccinate their children, which helps prevent the spread of diseases in schools and communities, she said.

A recent outbreak of measles in Calgary has been a "wake up call" for many parents who didn't like the idea of vaccinating their children, she said.

"They're starting to realize now that not immunizing your kids can actually result in their death," she added.

Her comments come as the governing Liberals toughen up their vaccination rules for students in elementary and high schools.

Starting this fall, students must have proof they've been vaccinated against two additional conditions -- meningococcal disease and whooping cough. Those born after 2010 must also prove they've been immunized against chickenpox.