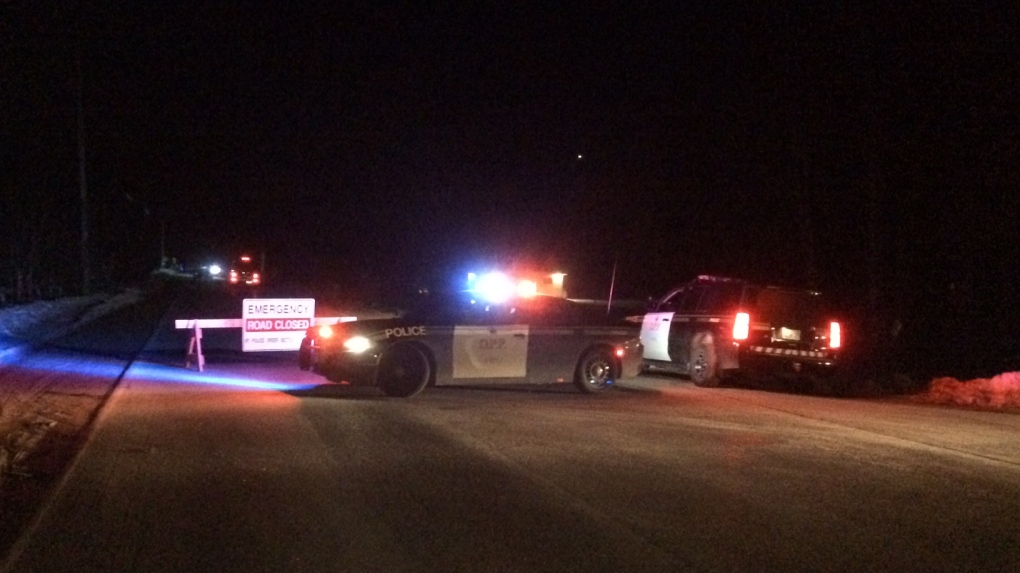 A man was airlifted to a Toronto hospital following a crash in Creemore, Ont. on Saturday, February 22, 2020. (CTV Dave Erskine)

BARRIE -- A man remains in critical condition in a Toronto-area hospital after being ejected from a car in Creemore on Saturday night.

It happened at County Road 9 between Riverside Drive and Concession 6 South just before 6 pm.

Fire officials say the man suffered serious injuries and was transported to a local hospital and later airlifted to a Toronto-area trauma centre.

The road reopened around 11:30 pm. The cause is still under investigation.