HALIBURTON, ONT. -- Living near the edge of a deep forest in Haliburton, Ont., Wendy and Brian Campbell have seen plenty of bears over the last 11 years.

But they've never experienced the kind of entertainment they were treated to just beyond their back door Thursday.

A young bear that the couple judges to be about two years old sauntered onto their elevated deck and helped himself to seed from two bird feeders.

Brian Campbell says their golden retriever went "bananas," barking at the bear. The two animals came nose-to-nose, only separated by the glass door. 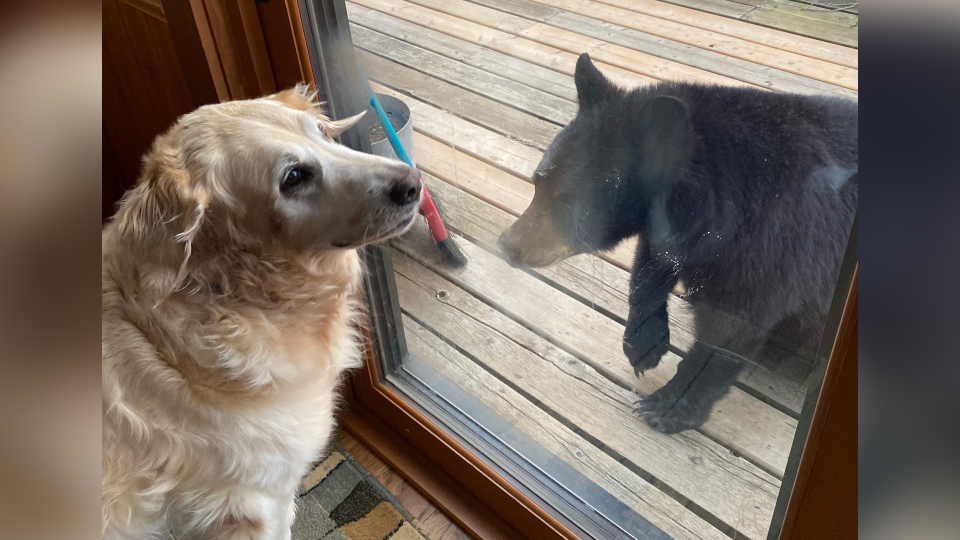 "Finally, the bear reacted and reared up on its hind legs, like he could have attacked, but then he backed away," Brian says.

"He had huge claws. He was a scary-looking creature, even though he wasn't that big."

Brian says he managed to scare the bear off, but its hunger was not satiated. It returned Thursday night while the couple was on a video call with friends. It climbed onto the narrow railing of the deck and helped itself to the contents of a third feeder that Brian had tried to get out of the way.

"His balance was amazing. He was really smart," Wendy says.

"We thought he was doomed, balancing on a beam kind of thing, but he did so, and he was really quite acrobatic in doing it," Brian says. 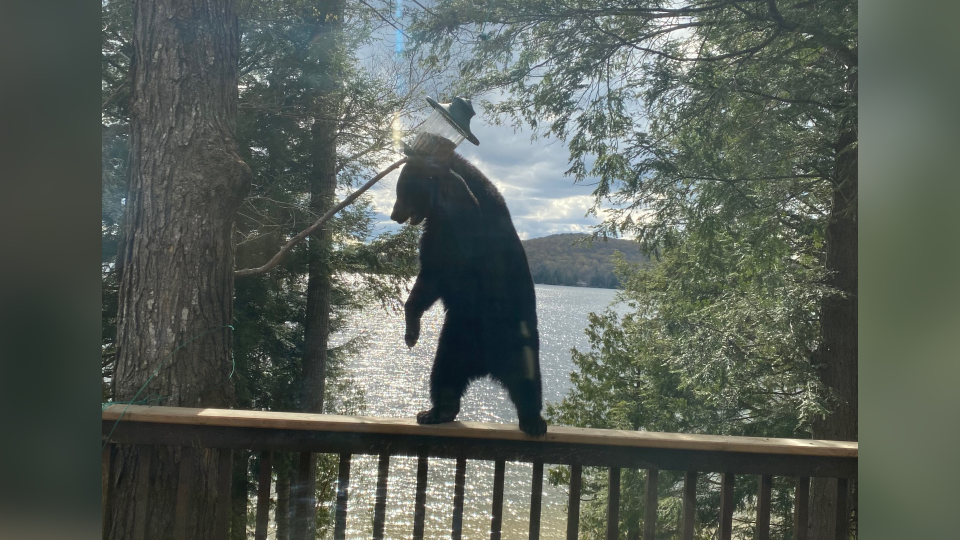 Wendy jokes that they've been thinking of naming the bear Winnie or Moosie as a nod to their home on Moose Lake.

While they enjoyed their bear drop-ins, one day of excitement is enough for the Campbells. They have pulled their feeders in and are encouraging their neighbours to do the same.

"That should keep him from coming back, but we don't know that yet," Brian says. "We'll find out, I guess."