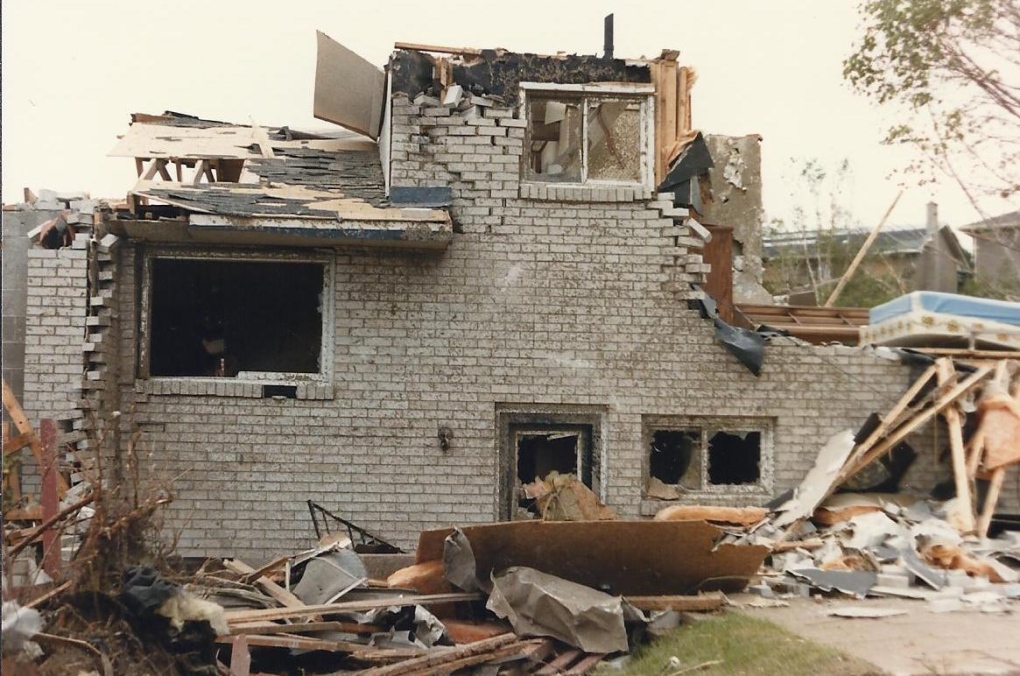 Pictures from the Barrie tornado in 1985 (Courtesy: Dale Pearson)

It was 31 years ago on this day that a number of deadly tornadoes swept across central Ontario.

An F-4 tornado cut a five kilometre path of destruction through Barrie in 1985. A total of eight people died in the city alone and more than 150 were injured.

Deaths were also reported in the Tottenham and Grand Valley areas.

Six hundred homes and more than 50 businesses were destroyed in Barrie. Extensive damage was also reported across a good portion of central Ontario.

The tornadoes that hit the region were part of a large system that spawned more than 40 tornadoes in Ontario, Ohio, Pennsylvania and New York State.

Damage caused on that day would now be worth about $1-billion.