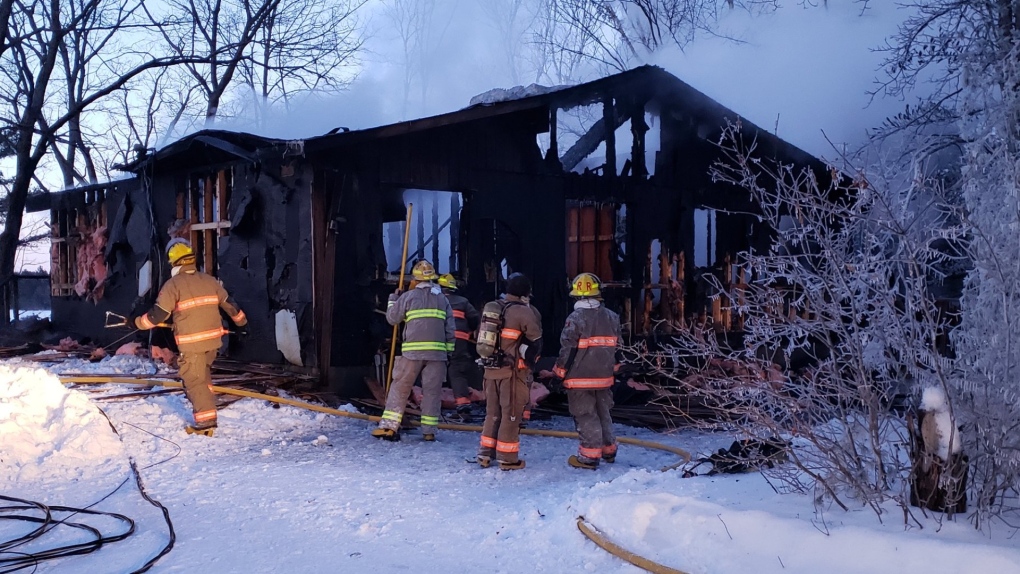 A couch placed too close to an electric baseboard heater likely caused a fire that destroyed a Muskoka Lakes home and caused over $680,000 damage.

Firefighters battled frigid temperatures for hours late Tuesday afternoon into the evening while trying to put out the blaze.

No one was at the house at the time.

They say outbuildings, including a utility shed, two-bay garage and a sauna, were also damaged.