Back to the wild, three bears fly to Alberta 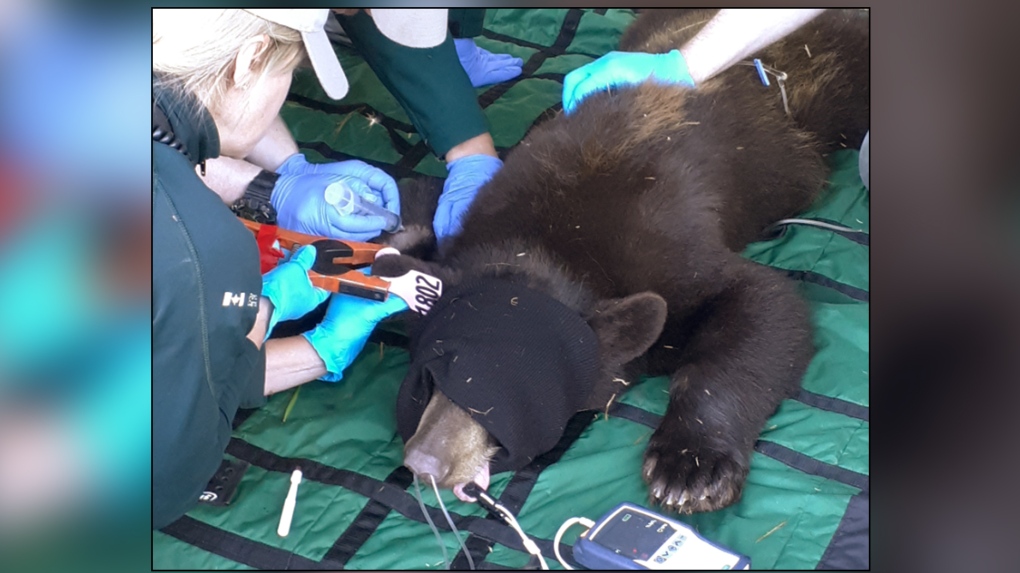 Banff National Park officials tag and radio-collar the bears so they can be monitored as they reintegrate into the wild on Tuesday, July 17, 2018. (Howard Smith/Aspen Wildlife Sanctuary)

Three bears that had been rehabilitating at the Aspen Valley Wildlife Sanctuary in Muskoka have made their way home to Banff, Alberta.

The female bears flew in specially made transfer crates out of Hamilton in the early morning hours on Tuesday.

The sanctuary’s managing director, Howard Smith, travelled to Banff with the bears and says “this is the first time in the history of Banff National Park that rehabilitated wildlife was returned and released in the park.”

The sister bears were carried in a crate in a helicopter sling to park’s backcountry.

Upon arriving, they were tagged and radio-collared before being released into the park.

The Muskoka sanctuary had been taking care of the bears since their arrival last April.  They had been found by a passerby in a park bathroom in Banff.

It’s still not known how the bears first ended up locked in the roadside bathroom last year.  Officials with the park believe they had help from someone and would like anyone with information about that to contact them.

Smith says park officials will be monitoring how they reintegrate into their natural habitat.  The survival rate of young bears in the wild without their mothers isn’t always great, but officials say they’ve done everything possible to set them up for success.