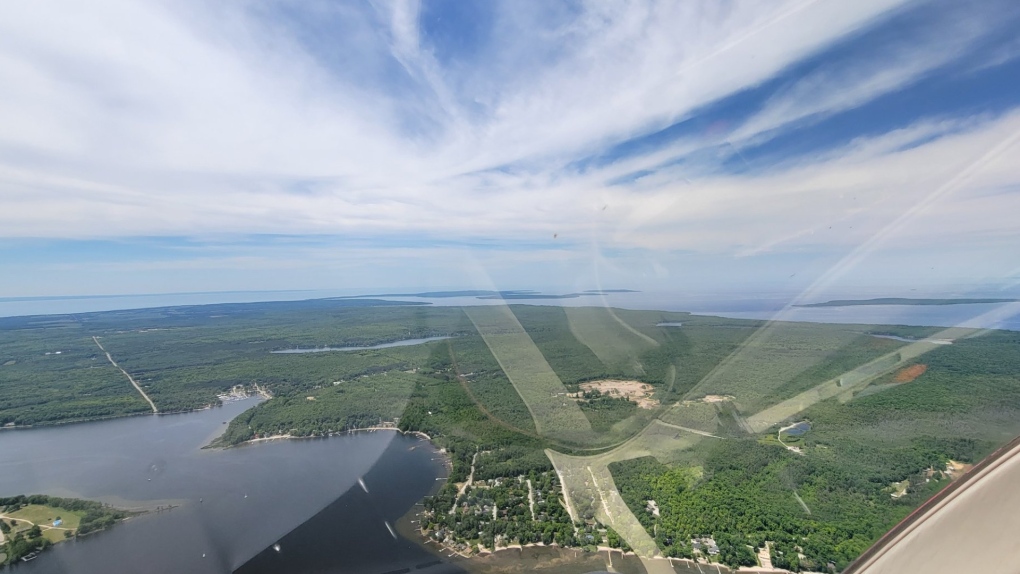 The OPP helicopter searches an area over Awenda Provincial Park in Tiny Township, Ont., for a missing man on Fri., June 24, 2022 (OPP_CR/Twitter)

A camper who went missing Friday morning after taking his dog for a walk at Awenda Provincial Park in Tiny Township has been found safe.

Provincial police say the OPP Aviation Unit located the 66-year-old man from British Columbia on a property near the park nearly eight hours after he was last seen.

Police had launched an extensive ground, air and water search with the help of the Coast Guard and K9 unit after the man was reported missing.

Police say he and his family are camping in the park.

Simcoe County paramedics took him to a local hospital for examination and to be treated for any injuries due to the weather.

A fragile ceasefire deal to end nearly three days of fighting between Israel and Palestinian militants in Gaza held into Monday morning -- a sign the latest round of violence may have abated.

Hope for 'significant change' in all of sports following Hockey Canada board chair's resignation: lawyer

The recent resignation of Hockey Canada's board chair could be a sign of further departures to come, says Simona Jellinek, a sexual abuse and assault lawyer.

The first of the ships to leave Ukraine under a deal to unblock grain supplies amid the threat of a global food crisis arrived at its destination in Turkey on Monday.