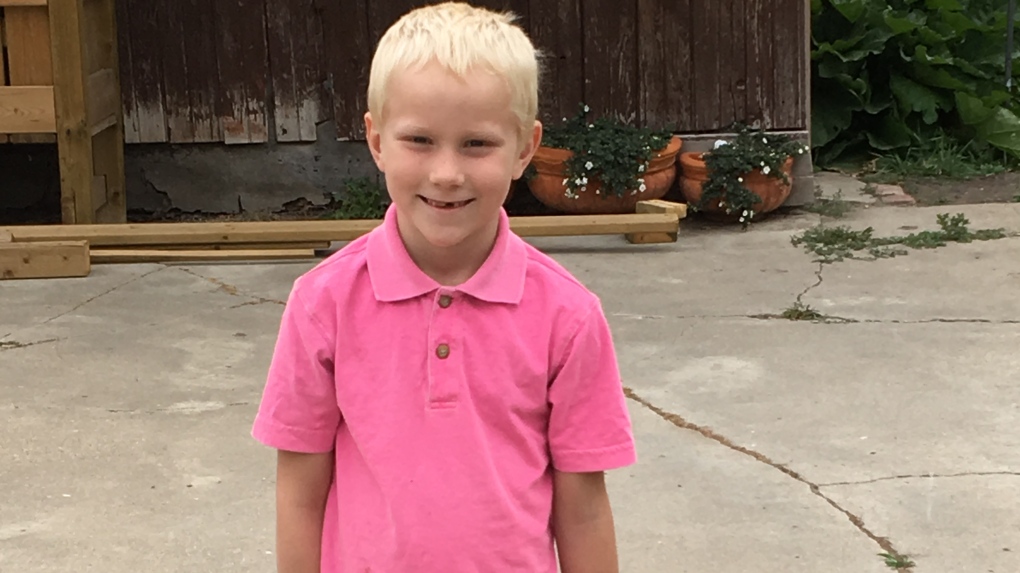 Family of a missing seven-year-old boy in Saskatchewan have confirmed the child's body has been found, just over a week after his mother was discovered dead from what relatives have said they believe was a swimming accident.

Greagan Geldenhuys was last seen Aug. 24 with his mother Tamaine Geldenhuys on a beach near the town of Fort Qu'Appelle northeast of Regina.

His mother's body was found the following day washed up on another beach near a campground about three kilometres away.

Greagan's uncle, Darcy Pantel, said his nephew's body was located Sunday morning on a beach, but the family has directed further questions to the Canadian Centre for Child Protection, which has been assisting the family throughout the search.

"There could be more details, but in reality, a mother and son perished after being at the beach on a windy, windy day. They were at the beach because they enjoyed being there together," Pantel posted later Sunday on Facebook.

RCMP Sgt. Drew Wagner said the body which police believe to be Greagan's was found by passersby at the same beach on the east end of Echo Lake where the mother's body was located a week ago.

"It was just a couple walking along the beach, walking their dog," Wagner said.

An RCMP underwater recovery team wrapped up its search for Greagan late last week, but police said the search would continue with a helicopter and boat. They also urged people to check their properties on Echo Lake and nearby Mission Lake, particularly around docks.

Volunteers offered assistance with a hovercraft, boats and private planes.

A short message announcing the discovery was posted to the Finding Greagan page on Facebook.

"Thanks to all who have been involved," the post concluded.

Pantel, in his post, said that while finding the body helps bring closure, it also helps the beginning of the healing process.

"Our plea to you is to love your children, teach them to be safe. Don't turn our sadness into fear of the water, but rather to help them understand the seriousness of water safety," he wrote, adding it's also important to teach appreciation for first responders, police and firefighters.

"I can't think of any way that anyone could have been more supportive throughout the entire process. I could not have asked for more."

Jessica Huzyk with the Canadian Centre for Child Protection said they're asking media to give the family time until they're comfortable releasing information.

Greagan's older sister, Connie Howard, told CJME Radio in Regina last week that Greagan and his mother went to the beach almost every day in the summer.

Pantel, meanwhile, told The Canadian Press last week that both were good swimmers. He said there wasn't any evidence to say anything untoward happened, and that it appeared to be a tragic accident or drowning.

Pantel said at the time that his entire family was in Fort Qu'Appelle helping police search for Greagan.

Wagner said an autopsy will be performed. The autopsy on the mother was completed last week but police say they are still awaiting the preliminary report from the forensic pathologist.