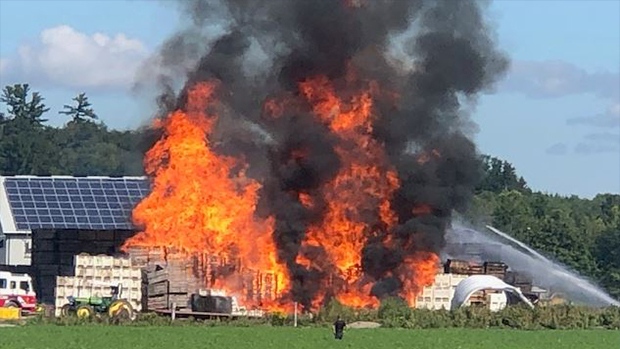 Fire crews from King, Bradford, Central York and New Tecumseth responded to the blaze at Hillside Gardens and were able to get it under control.

Firefighters are still working to extinguish hot spots, and officials say they will likely be there for some time. 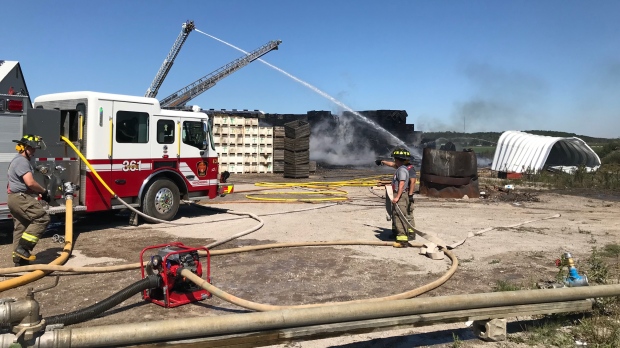 The fire chief tells CTV News that the wind was working in their favour by pushing the flames away from the nearby building, which was not damaged. Several palettes were charred, leaving a large amount of debris.

Officials believe a burn barrel may have ignited the fire.