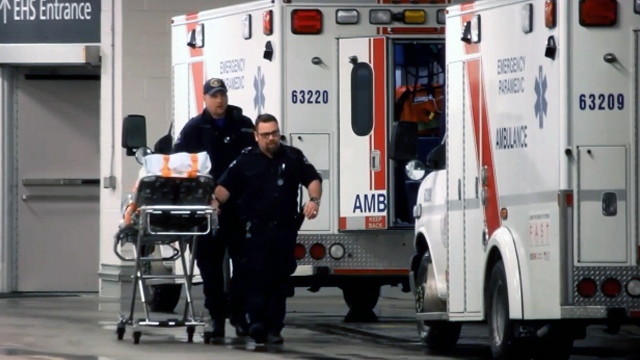 BARRIE, ONT. -- A man is suffering serious injuries after allegedly being hit by a baseball bat when he tried to break up a fight between a group of youths.

According to Owen Sound police, the group of young people gathered in the downtown core arguing with one another.

When the victim interceded, police said a fight broke out, and he was struck and temporarily knocked unconscious.

The man was taken to the hospital with non-life-threatening injuries.

The accused was arrested and charged with assault with a weapon, assault causing bodily harm and possessing a weapon for a dangerous purpose.

The youth's identity is protected under the Youth Criminal Justice Act.