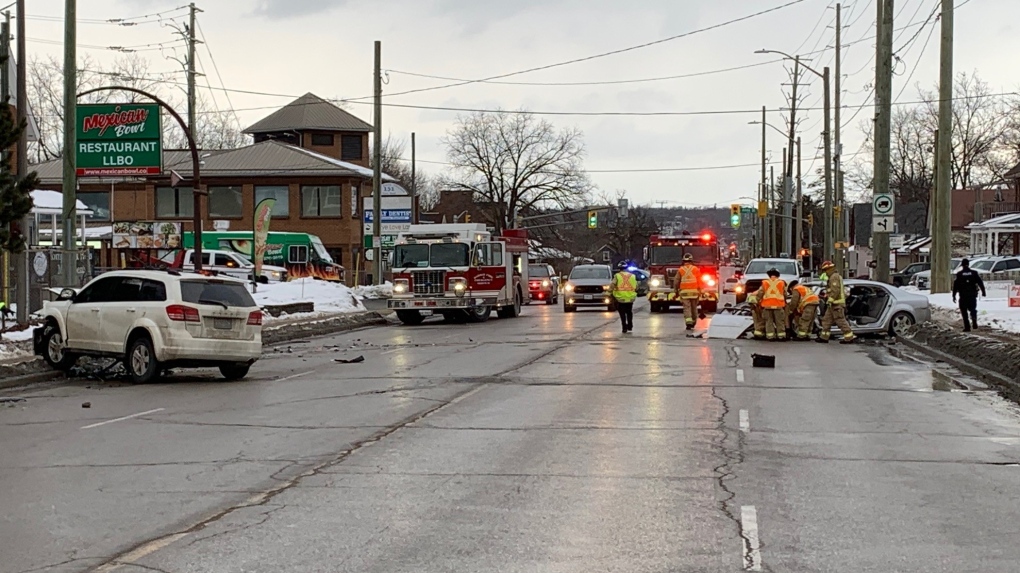 Emergency crews at the scene of a serious collision on Essa Road at Anne Street in Barrie, Ont., on Thurs., Jan. 21, 2021. (Dave Erskine/CTV News)

BARRIE, ONT. -- Following months of evading police, a Barrie man has been arrested after police say he ran away from a collision that seriously injured a woman back in January.

The crash on Essa Road near Anne Street in Barrie left the woman trapped inside her vehicle. Once freed, she was airlifted to a Toronto trauma centre with serious injuries.

Police canvassed nearby businesses and released a video of the suspect taking off on foot, and were able to identify him as a 26-year-old resident.

Police say the accused, along with a Barrie woman, were arrested in Thunder Bay by local police in March on a separate matter and charged with drug offences, among others.

Police say the Barrie man is also charged with dangerous operation causing bodily harm and failing to stop in connection with the Jan. 21 crash.

He is scheduled to appear in a Thunder Bay court to answer to all the charges.

Barrie police said there was no update on the woman's condition, only saying her injuries were "very serious."