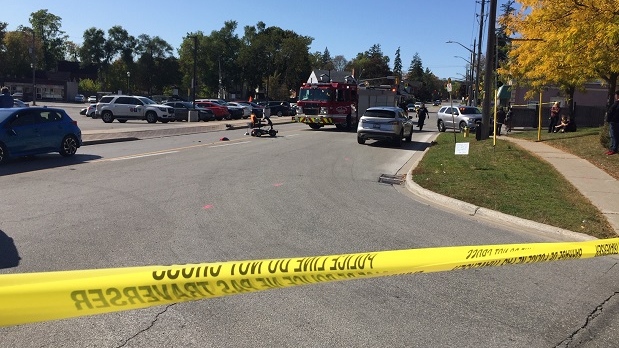 An elderly man was seriously hurt when his scooter he was riding was struck by a vehicle on Bayfield Street in Barrie on Wed., Oct. 9, 2019 (Steve Mansbridge/CTV News)

A 91-year-old man was rushed to hospital after the motorized scooter he was riding was hit by a car this afternoon in Barrie.

The man suffered serious injuries in the collision that happened around 1:30 p.m. on Bayfield Street near Ross Street when the victim was trying to cross the road.

The area was closed while police investigated. 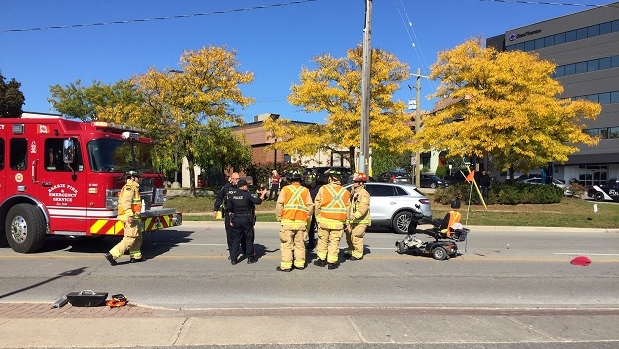 The driver of the vehicle remained at the scene and is cooperating with police. Officers have determined he was not impaired.

Police are urging witnesses to the incident, or anyone who may have dashcam video, to contact Barrie Police Services.