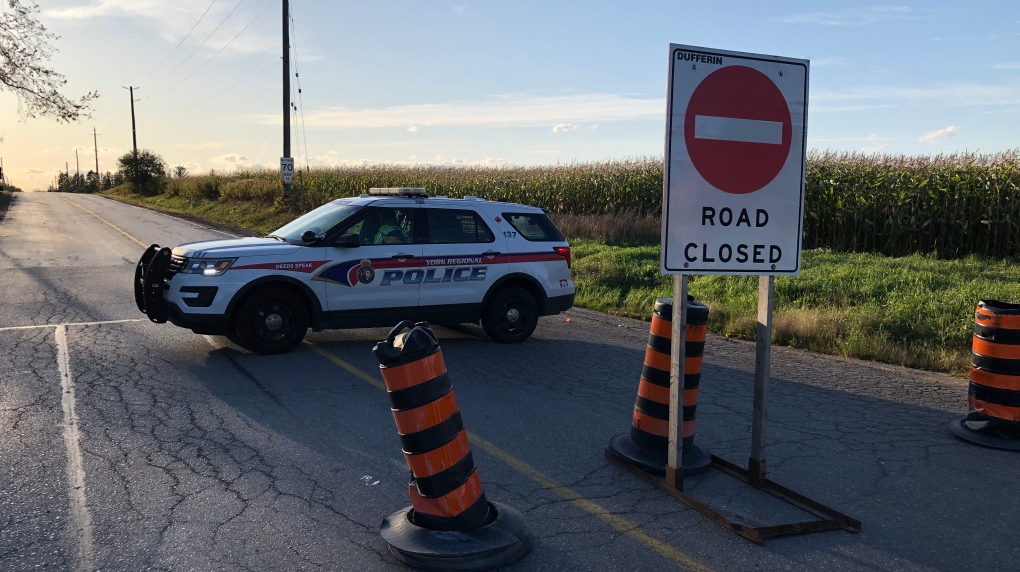 Emergency crews block off a road due to a collision that left two people dead and one injured. (Carol Charles/CTV News Toronto)

A 23-year-old King Township man is charged with two counts of dangerous driving after two people died in a collision on Sunday afternoon.

A 56-year-old man was killed in the crash, while his 52-year-old female passenger was taken to hospital where she died of her injuries.

Police say the accused suffered only minor injuries and was arrested at the scene of the crash.