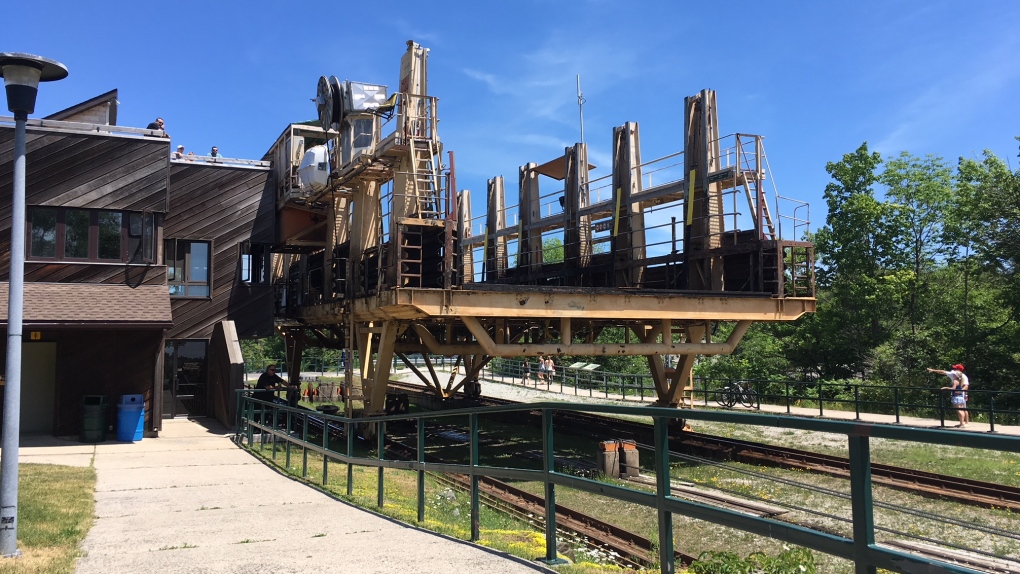 Lock 44 on the Trent-Severn Waterway is only allowing through traffic during unscheduled maintenance. (CTV Barrie/Sean Grech)

On a scorching hot weekend like this one, boaters are usually lined up near Lock 44 on the Trent-Severn Waterway.  But, because of some unscheduled maintenance, the lift at the Big Chute Marine Railway is only operating for necessary through traffic.

Very few boats are descending on the Severn River, because Parks Canada crews are working to swap out cables and fix the lift to keep it running smoothly.

“It’s mechanical, so what are you going to do. You have to fix, so it’s like anything,” boater Don Kitlar says.

On Thursday, Parks Canada officials took to social media to tell boaters Lock 44 would be closed all day Friday.

Then, on Saturday, they issued an update, saying one-way traffic would be allowed to pass until the work is complete.

Martin Mills has a cottage on the Trent-Severn Waterway. He says service interruptions like this don’t affect him as much, because he’s above the chute. But, he sympathizes with other boaters who are trying to complete round trips.

“I feel bad for the people that travel through. Their cottage is their boat, so I feel bad that they are unable to take the trips that they want to take right now,” says Mills.

The upkeep needed on the Big Chute Marine Railway is also having a ripple effect on local marinas.

“There’s nobody here, it’s unfortunate,” says Wayne Turner of the Severn Falls Marina. “I think as the system gets aged, we are seeing an increase in disruption in traffic due to age of equipment and maintenance.”

Further down the Severn River, the Waubic Restaurant, which is only accessible by boat, is also feeling the pinch.

“It affects us greatly. We have a large contingency of customers from the other side of the chute that comes every weekend, Friday, Saturday, Sunday. Sometimes they come two or three times a weekend. It’s a beautiful hot and sunny day, and the patio is empty,” says Karen Smiley, the restaurant’s owner.

Parks Canada issued a notice on Sunday afternoon that Lock 44 is once again fully operational.