'Luck wasn't on our side,' Colts to pick last in upcoming OHL priority draft 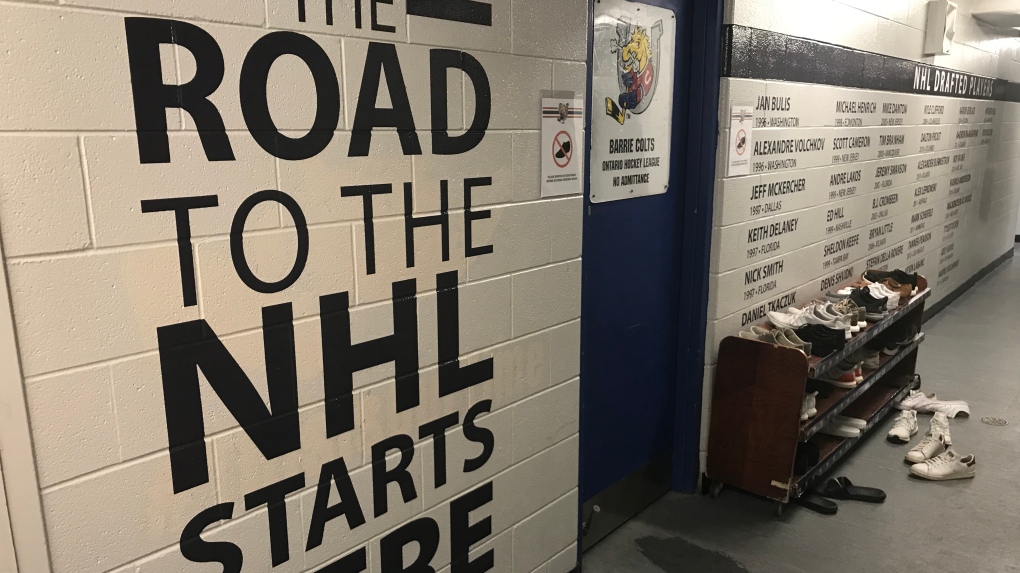 BARRIE, ONT. -- The horseshoe on the front of the Barrie Colts sweaters didn't give them any help during last night's draft lottery after the league revealed the team would pick last in the upcoming OHL Priority draft.

"The Irish luck wasn't on our side in the draw with the 19th selection," said Howie Campbell, President of the Barrie Colts.

"Our entire hockey staff have been working hard this year, having to use a totally new approach to ranking players. We have all the confidence that we will have a great draft."

It was the first time the league had implemented the lottery to decide the draft order, which in previous years would have been determined by the season's standings. But unlike the Western Hockey League (WHL) and the Quebec Major Junior Hockey League (QMJHL), the OHL cancelled this year's season due to the rising cases in the province.

With other junior leagues also cancelled or shortened around the province, Assistant General Manager Rob Stewart says it was a different year trying to scout some of the players eligible for this year's draft.

"We were lucky in that we got out early to see many of the players we are interested in, and we also have lots of video, interviews and other information that we will be relying on for our picks on draft day," says Stewart.

"We are very excited about the depth in this draft and feel we can get a player at pick 19 that will make a big impact on our franchise in the future."

The 2021 OHL Priority Selection presented by Real Canadian Superstore will take place over two days, with rounds one to three beginning on June 4th at 7 p.m. and can be watched live online on the OHL's website.