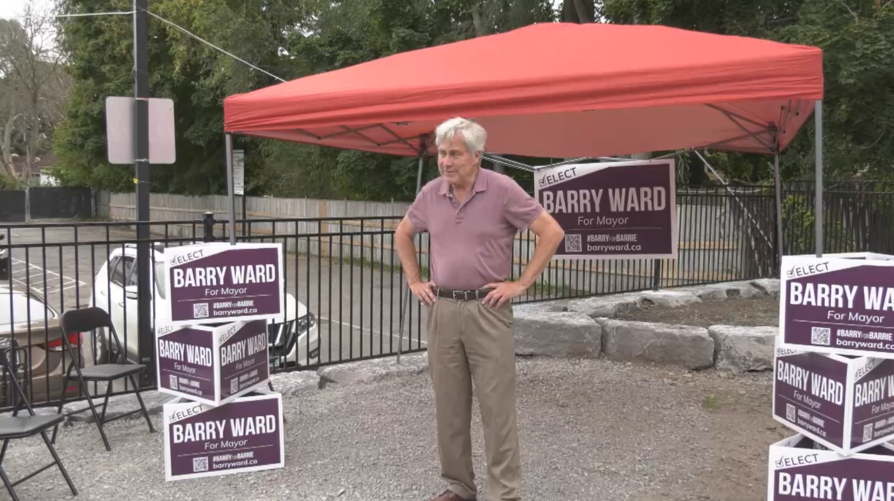 The mayoral race in Barrie is heating up as the city's longest-serving councillor opened up his campaign office for mayor Sunday.

Ward 4 councillor and deputy mayor Barry Ward officially kicked off his campaign. Ward, who has served on council since 2000, is now angling for the top job as current mayor Jeff Lehman is not seeking re-election.

"I think I've got the experience. Over the years, I think I've earned the respect of other councillors because I don't judge them. I don't preform my opinions of them. I'll see what they bring," says Ward. "I'm willing to listen to what their concerns are; I'm willing to learn about the best path forward and then lead with their help."

Ward puts addressing the affordable housing crisis at the top of his agenda. However, while acknowledging more roads need to be improved, and city hall services can always be expanded, he believes the city is currently on the right path.

"I think we have made a lot of improvements, and let's just continue on that path," says Ward. "People don't want their lives disrupted. Basically, people want to live their lives without any hassle from city hall, and that's what I'm hoping to give them."

The city, which currently has a population estimated at 150,000, is expected to nearly double in size to just shy of 300,000 over the next 20 years, says Ward. The growth of the city is also something that is on his radar.

"We've really got to be careful that growth doesn't have too much of an impact on people's lives," says Ward. "It's going to have an impact; there's going to be more traffic on our streets, there's going to be bigger buildings, but the important thing is to preserve the way of life for residents there as much as possible."

The municipal election will be held on October 24.