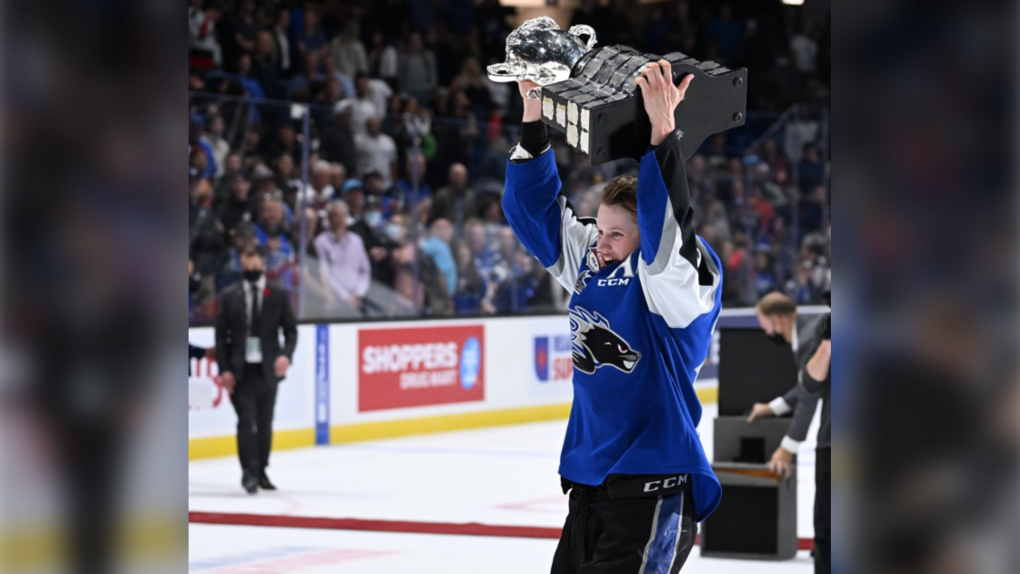 Barrie local Philippe Daoust is bringing home the Memorial Cup after a stunning win with the Saint John Sea Dogs over the Hamilton Bulldogs 6-3 in June 2022.

Daoust began this season with the Belleville Senators, and his (Quebec Major Junior Hockey League (QMJHL) rights were acquired from Moncton by the Sea Dogs at the trade deadline. Daoust signed with the Ottawa Senators after the NHL club selected him in the 2020 Draft (sixth round, 158th overall).

Daoust is bringing the Memorial Cup home for everyone to see on Sat. Aug. 13 at 9 am – 10:30 am, at the Mind to Muscle training facility located at 500 Huronia Road, Barrie.