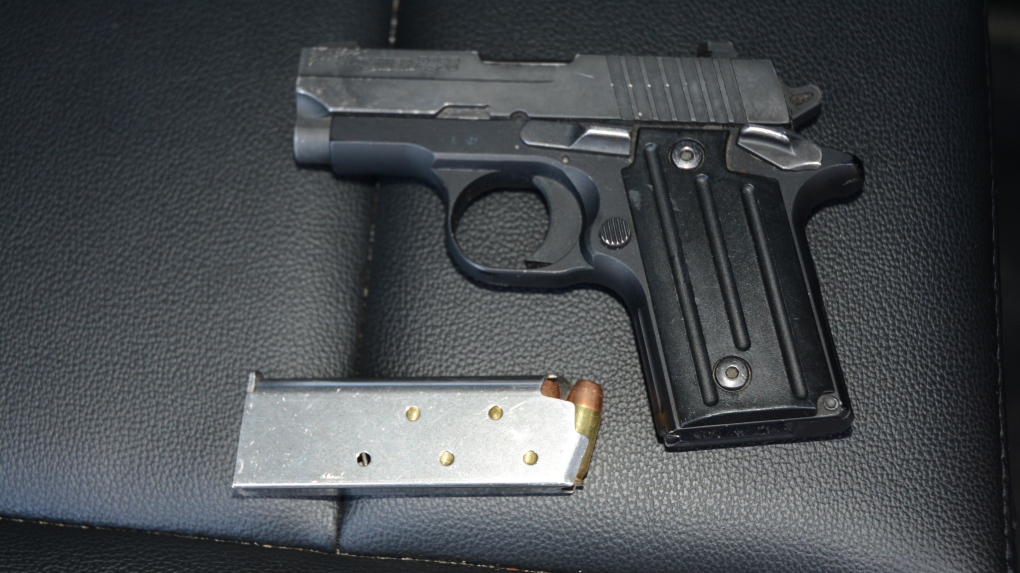 Police display a 9mm handgun allegedly seized during a traffic stop in Bradford, Ont., on Thurs., May 21, 2020. (South Simcoe Police)

According to police, the officers stopped the driver for allegedly speeding on Disette Street around the lunch hour.

Police say they could smell marijuana coming from the vehicle, and as the driver was getting out, officers spotted a loaded 9mm handgun.

The 27-year-old man has been charged with having an illegal weapon, carrying a concealed weapon and possessing a weapon for a dangerous purpose.