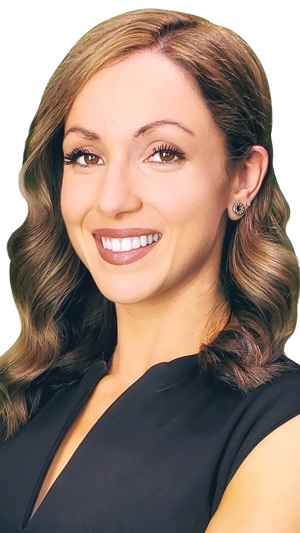 Lindsay Biscaia is the Senior Anchor with CTV Barrie.

She joined the CTV Barrie team in March 2021, and anchors CTV News at 6.

Lindsay was previously the Anchor and Host for Global News Morning in Peterborough. She is an experienced video journalist, reporter, weather analyst, and radio broadcaster.

Before joining the CHEX Television team, Lindsay worked as a reporter, producer and newscaster at AM980 CFPL in London, Ontario.

She is a graduate of both the Broadcast Journalism program and the Television News program at Fanshawe College.

Lindsay is passionate about live and breaking news. She understands the critical importance of delivering our community's stories.

Born and raised in Caledon, Ont. and speaks English.  Lindsay is excited to be working closer to home.

When she's not working, Lindsay enjoys running, lifting weights, yoga, and spending time with her family and friends. She considers herself a dog person and is particularly partial to her Standard Poodle Ella. She also loves travelling (when that was a thing).