Leitch asks if Ottawa should screen immigrants for 'anti-Canadian values' 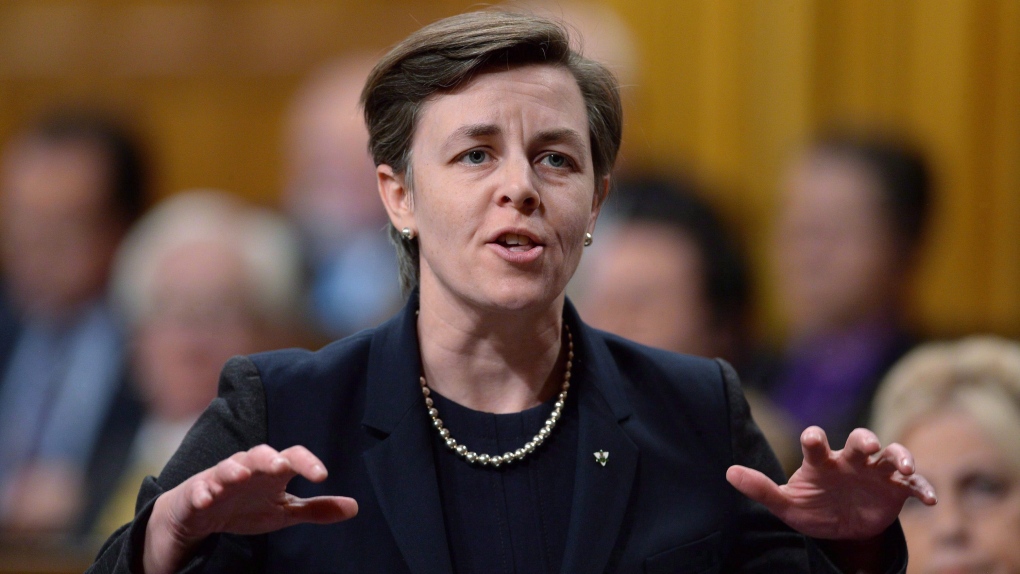 Kellie Leitch responds to a question during question period in the House of Commons in Ottawa, Wednesday, May 13, 2015. (Sean Kilpatrick / THE CANADIAN PRESS)

The question comes in a survey on a number of issues which was emailed to people who signed up for news from her campaign. It sought opinions and gauged support for a variety of positions and issues, including electoral reform, corporate tax cuts and the legalization and regulation of marijuana for recreational use.

The question reads: "Should the Canadian government screen potential immigrants for anti-Canadian values as part of its normal screening for refugees and landed immigrants?"

Some of the other questions are fairly straightforward, such as those asking whether the federal government should retain or eliminate the supply management system for farm products such as eggs and dairy, summarizing the common arguments for and against.

Some are more provocative, such as the one about screening immigrants.

U.S. Republican presidential nominee Donald Trump has called for would-be immigrants to undergo what he called "extreme vetting" to determine their stance on things like religious freedom, gender equality and LGBTQ rights.

The Leitch survey does not define anti-Canadian values, or otherwise declare where the candidate stands on the issue.

Neither did her campaign manager Nick Kouvalis, who said Thursday he would not comment on the substance of the survey.

Kouvalis did say more than 8,000 people had responded since it was sent out Tuesday and that it was based on subjects Leitch had been hearing about from Conservatives during her travels across Canada since launching her leadership bid this spring.

During the 2015 federal election campaign, Leitch helped promote a controversial promise to open a tip line for so-called barbaric cultural practices meant to help the RCMP enforce a law aimed at cracking down on forced marriages and keeping polygamists out of Canada.

Not long after she began her Conservative leadership campaign, Leitch became emotional during an interview with Power & Politics on CBC News Network as she expressed regret for that position.

She said her goal of protecting woman and girls was lost in the broader conversation about the role that ethnic and cultural identity politics was playing in the Conservative campaign, which at that time was doubling down on its desire to ban the niqab, a face-covering veil worn by some Muslim women during Canadian citizenship ceremonies.

The question about immigrants is not the only one likely to stir up debate.

Another notes the Liberal government is exploring options for a counter-radicalization program, and asks: "Do you think Canada's response to terrorist threats should include therapy and counselling for potential terrorists, or should it focus on incarcerating them?"

The survey allows respondents to choose one or the other, or both, or say they do not know.

Another question asks whether swearing allegiance to the Queen should be removed from the oath of citizenship, whether people should be able, as the courts have allowed, to recant that part of the oath after taking it, or, whether someone who recants the pledge to the monarch should lose their citizenship entirely.