BARRIE, ONT. -- You won't hear the sounds of snare drums or trumpets in downtown Barrie this Remembrance Day.

There won't be a parade to commemorate those who served their country and those who paid the ultimate sacrifice.

Fern Taillefer, the Barrie Legion's parade marshal for the past 15 years, said this hasn't happened since the First World War.

"We can't do it because of COVID and social distancing, and so we decided we're going to do something different, "said Taillefer.

So instead, the legion will hold a smaller ceremony with 52 invited guests, including two silver cross mothers and a 98-year-old veteran, who Taillefer said, insisted on coming.

"He's lost friends back there during the war, he said. "So that's his way to remember, and he just wants to make sure that he's there to see that and be part of that ceremony for us not to forget. "

While some legions reduced the size of their ceremonies, others, including Alliston and Orillia, have cancelled Remembrance Day events altogether.

But that isn't stopping a 96-year-old veteran from remembering.

Harold Rowden was just 18-years-old when he and 14,000 Canadians stormed Juno Beach on D-Day during the Second World War.

On Remembrance Day, he said he remembers the many friends he lost in battle.

Since his time on Juno Beach 76 years ago, he said he's returned several times.

"They ask me why that's why," said Rowden while holding a picture showing rows of crosses bearing the names of Canadian soldiers. "Canadians, as far as the eye can see. I should have been there, but I'm not. I'm lucky. " 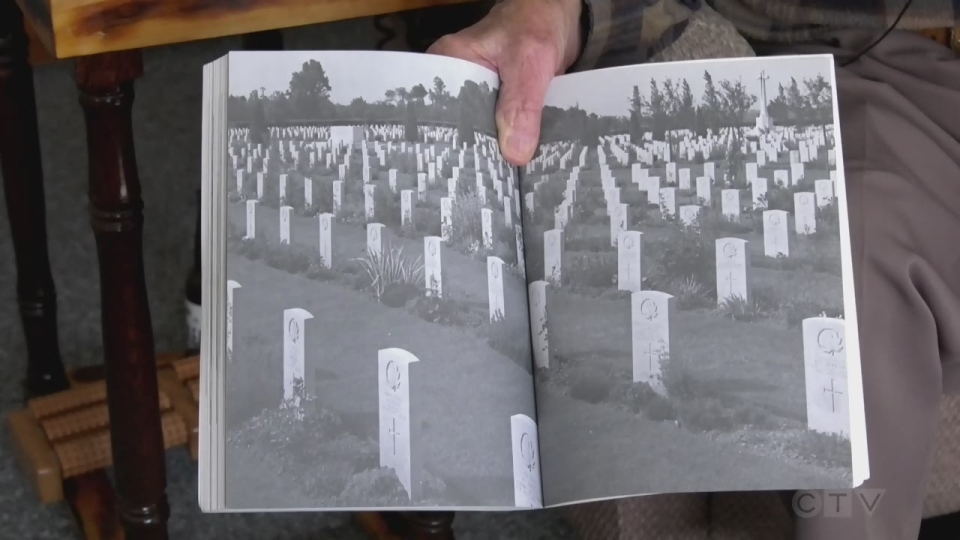 Now at 96-years-old, Rowden spends his most recent Remembrance Days speaking to students about the war. This year, he's hoping to do things his way.

"I'd like to get a little monument, a wreath, put on my garb and go in and lay the thing myself, "said Rowden.

He retired from the military a decorated soldier at 21 and was knighted for his service by Prince Charles in 2014.

Rowden doesn't talk much about the war anymore, and while his memory isn't what it used to be, the events of June 6 will be a day he said he'll never forget.