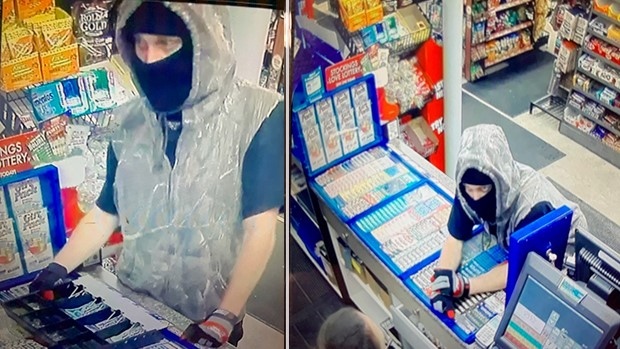 Images provided of a man accused in two robberies. (Supplied)

BARRIE -- Ontario Provincial Police are looking for a man accused of two robberies that happened in less than 24 hours.

Police say the accused wielded a knife at a store clerk working in The Old Corner Store in Hillsdale on Tuesday.

They say he took off with cigarettes and cash and got into a four-door silver or grey car, possibly a Honda Civic or Toyota Corolla with round taillights.

Then early this morning, police say the suspect robbed a Jug City in Wyevale before jumping into the passenger seat of a similar vehicle.

Police say he is described as a white man, between 20 and 30 years old, five-foot-10-inches tall with a skinny build, blonde hair and blue eyes.

Anyone with information is encouraged to contact Huronia West OPP or leave an anonymous tip with Crime Stoppers.