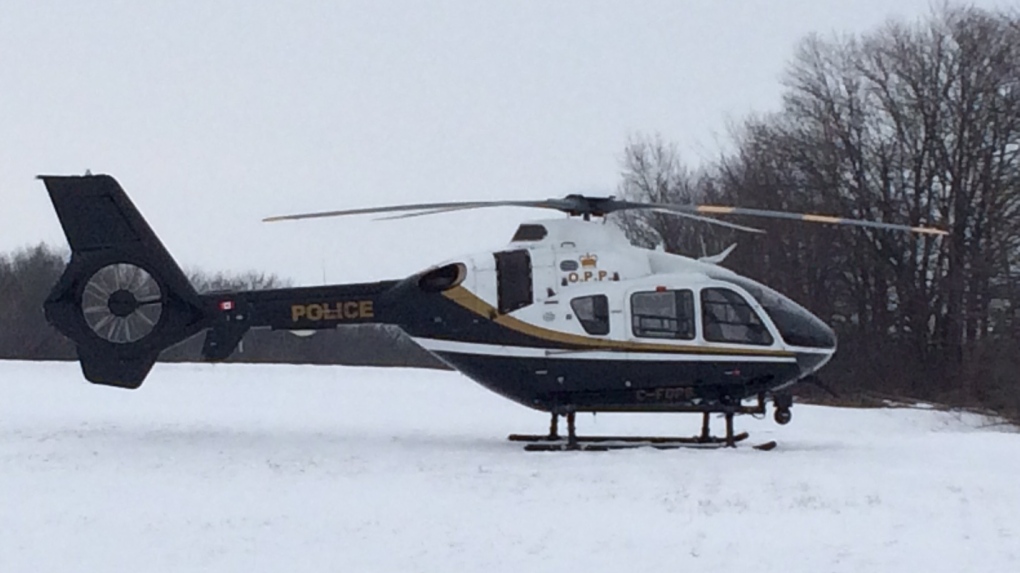 BARRIE, ONT. -- An Ontario Provincial Police aviation team helped to rescue a Keswick woman who got stuck in the mud of a river bed just off Highway 11 in Bracebridge on Wednesday morning.

Officials say the 33-year-old woman was out for a hike on Paul's Lake south of Campbells Road when she fell through the ice and became trapped in the thick mud.

Gravenhurst firefighters and provincial police worked together to find the woman's location.

The OPP helicopter took her to a local hospital.

She is being treated for potentially life-threatening injuries.

Police are using this incident as another reminder that no ice is safe ice, and this behaviour puts both the individual and rescue teams at risk.