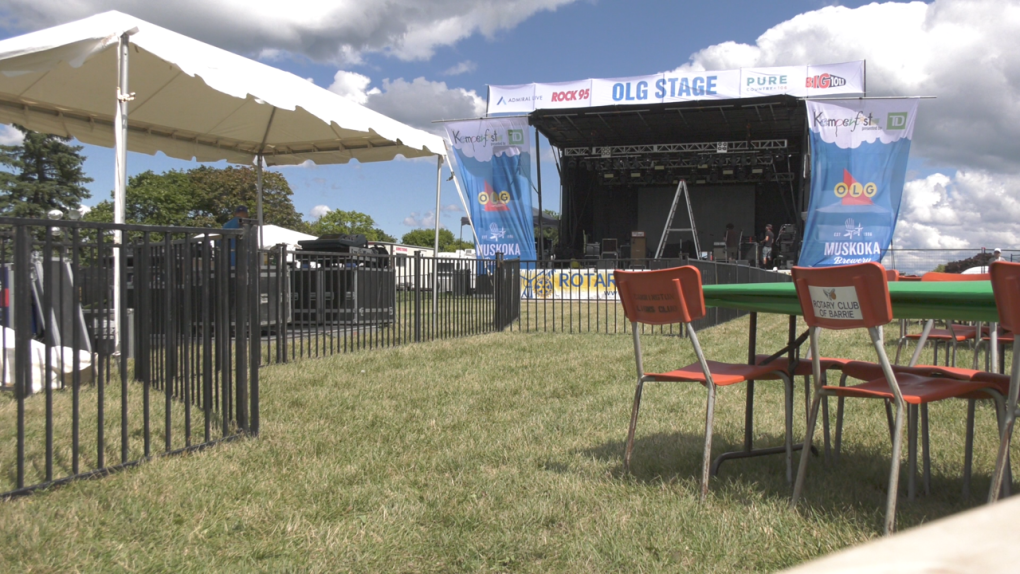 After two years of cancellations, Kempenfest has returned to Barrie's waterfront for its 50th year (Ian Duffy / CTV News).

After two years of cancellations, Kempenfest has returned to Barrie's waterfront for its 50th year. The popular festival was postponed twice due to the pandemic, but it is back and bigger than ever, giving a huge economic boom to Barrie.

"We see some of our busiest days during Kempenfest, during festivals, during fairs," said Nicholas King of PIE Wood Fired Pizza Joint. "Any of that stuff is a huge boost and we are happy people come check us out afterwards or during."

Organizers said the boost to the city's shopkeepers is massive, with evidence to show from the Ministry of Tourism.

"Their estimates put us between $8 to $10 million in local boost to the economy here," said Tom Aikins, sponsorship and marketing coordinator. "From hotels to restaurants and that probably doesn't really include what goes on with the vendors here."

Proceeds from Kempenfest are used to raise funds for local charities. Aikins said the absence of the event had cost non-profits an estimated $250,000.

"This is a fundraiser for a lot of non-profit groups who help us organize it," he added. "So we get rotary to run the beer gardens and we let them keep all the profits from beer sales."

Kempenfest kicked off Friday with the Sheepdogs as its headliner. The event runs all weekend long, wrapping up on Aug., 2.

BREAKING | Ontario woman sexually assaulted by Jacob Hoggard says she is suing him for $2.8M