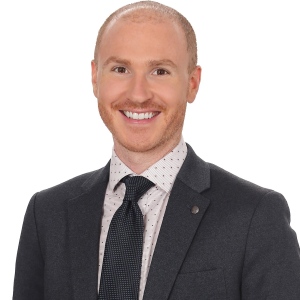 Jonathan is an operational floater with CTV News in Barrie.

His journalism career began at a weekly newspaper in southern Alberta after graduating from Lethbridge College in 2016.

After a short stint there, he moved to Red Deer to report at a daily newspaper before making the switch to radio and joining the Sunny 94 team in Lacombe.

Jonathan then moved to Regina and began working at Global News as a digital broadcast journalist.

During Jonathan’s time in Regina, he covered everything from sports, city council to politics both for television and online.

Jonathan is a sports fanatic and can often be found in front of a television watching his favourite teams – the Montreal Canadiens, Toronto Blue Jays and Toronto Raptors.

He speaks English and French and joined CTV Barrie in 2021.

No watches or warnings in effect.
7 °C