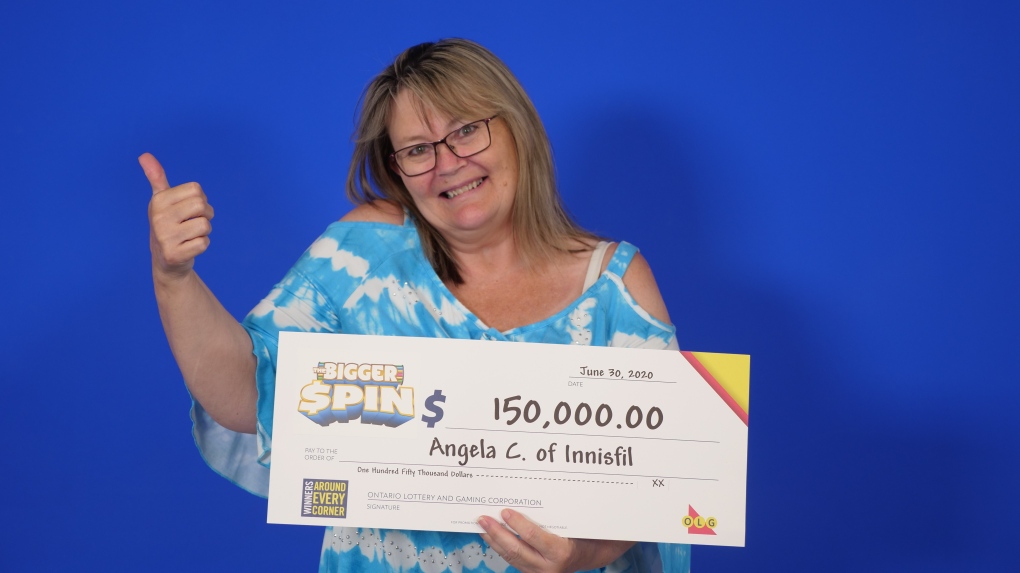 BARRIE -- A 59-year-old Innisfil woman is celebrating a big win after scratching a big prize on an OLG Instant game.

Angela Cantwell is the winner of $150,000 with the Bigger Spin Instant Game.

The grandmother of five says she bought three tickets to keep herself busy during the pandemic.

While still in the store, Cantwell says she immediately called her sister, who didn't believe that she had won, but other customers backed her up, yelling out, "she's not lying!"

She plans on investing her winnings in real estate, saying, "it's the best way to invest my money."