Innisfil Farmers’ Market setting up shop at a new location

Innisfil Farmers’ Market setting up shop at a new location 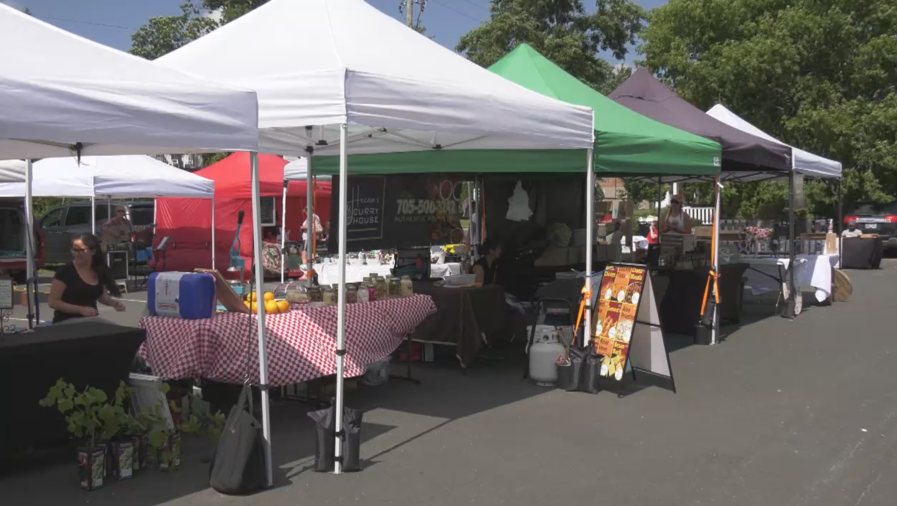 The Innisfil Farmers' Market is temporarily setting up shop in a new spot on Thursdays, and officials say it could become permanent.

The Market, which is traditionally held at the YMCA on Yonge Street, has set up Thursday editions in the parking lot of the Stroud arena. The Market's co-chair says the location is in a more visible spot, which is more beneficial for the vendors.

"It's a great thing for us because it gives us a little bit more visibility to the public," says Mike Madden, the co-chair of the Market. "We received a lot of support from the community members, including businesses in Stroud, and we're very happy to see the foot traffic."

The Market happens every Thursday afternoon from 1 p.m. to 6 p.m. Based on the increased foot traffic, Madden says he'd like to see the Stroud arena parking lot as its permanent home.

"It gives us a feeling of community too, rather than sort of being in an industrial parking lot, we're out here in the middle of a town, which is beautiful for us, says Madden. "It's really helped our vendors and increased the Market. And since 2011, we've gone from 10 vendors to 65, so we're really impressed with how things are going."

The Market has some themed days coming up, including a pet-themed contest on Aug. 18.