INNISFIL, ONT. -- What happened during an Innisfil puppy's 11 days away from home may remain a mystery forever.

Jake, a seven-month-old Lab-Mastiff, broke free while out for a walk on May 15 with his owner.

It would be nearly two weeks before he would be seen again, allegedly spotted walking more than 40 kilometres away in East Gwillimbury on Wednesday.

It was a dark time for Jake's owner Derek Barnett who says he couldn't sleep, couldn't eat, as all his thoughts were consumed with finding his best friend.

Posters were stapled to hydro poles. Friends and strangers searched and shared the pup's picture online, all while Barnett drove in circles looking for any sign of his furry friend. 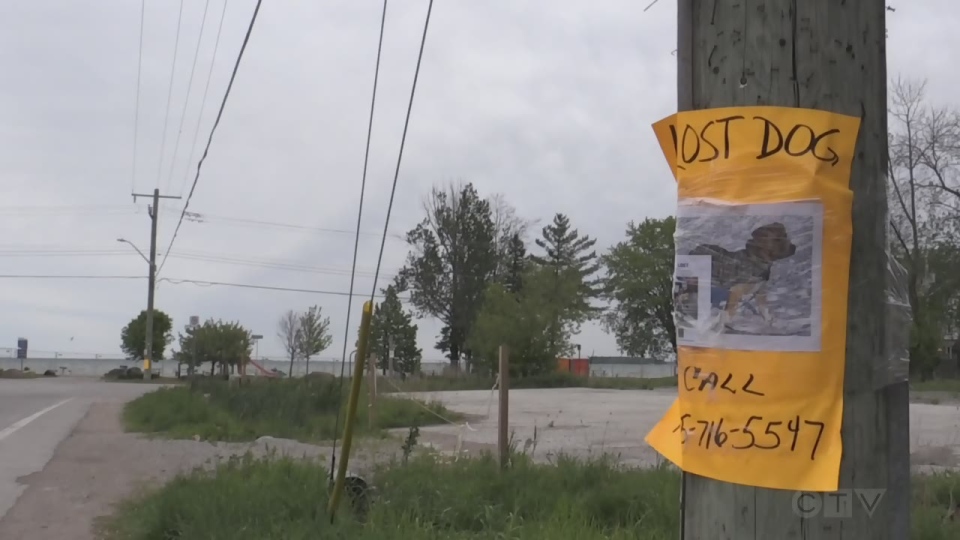 Five days after the puppy vanished, part of his leash was found by the side of the road.

"To me, it looks like it was cut," Barnett says.

South Simcoe Police say a suspicious vehicle was reported regarding the lost dog case, though they were never able to corroborate it.

While they don't typically get involved in missing dog cases, police say they did this time because Jake was reported as possibly stolen.

The pup wound up in the care of the Georgina Animal Shelter and Adoption Services. Staff posted a picture of the dog on Facebook, and internet sleuths recognized him as the missing dog from Innisfil.

"My heart fell down to my feet," Barnett says of their emotional reunion. "I was so happy. I was crying. He was licking my face. He was jumping up all over me."

Jake has been a little skittish since coming home, sleeping more than usual and following Barnett around the house. 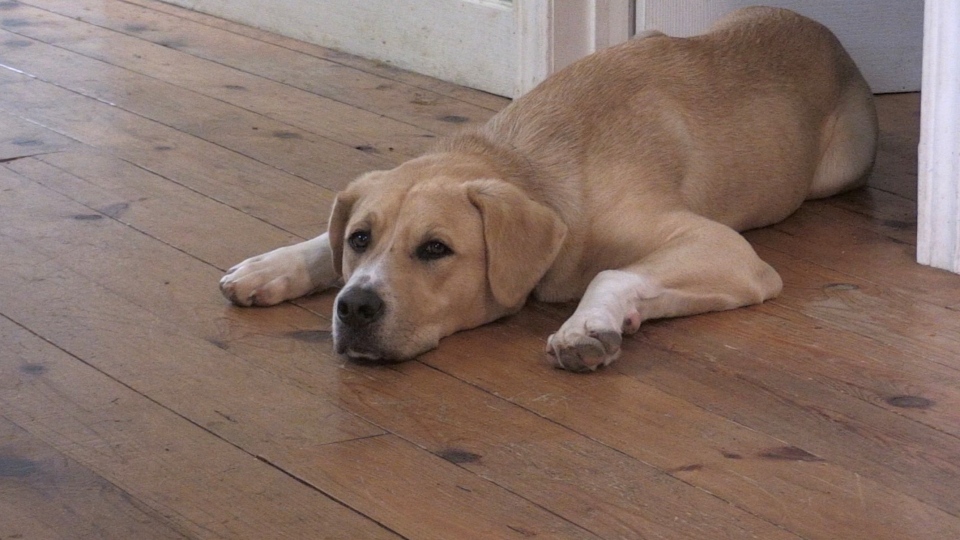 Despite police dropping the investigation into the dog's disappearance, Barnett remains convinced Jake wasn't wandering in the wilderness for those 11 days.

"I don't know where he was, [or] who had him. He does seem like he's been fed. He hasn't been running in bushes," Barnett says.

The owner of a local restaurant has offered to cover the cost of getting Jake micro-chipped.

Meanwhile, the experience has strengthened the owner-pet relationship and made it clear to Barnett that he never wants to be apart from Jake again.

"He ain't going nowhere else without me. Him and I are going to be like glue. I love him so much," he concludes.