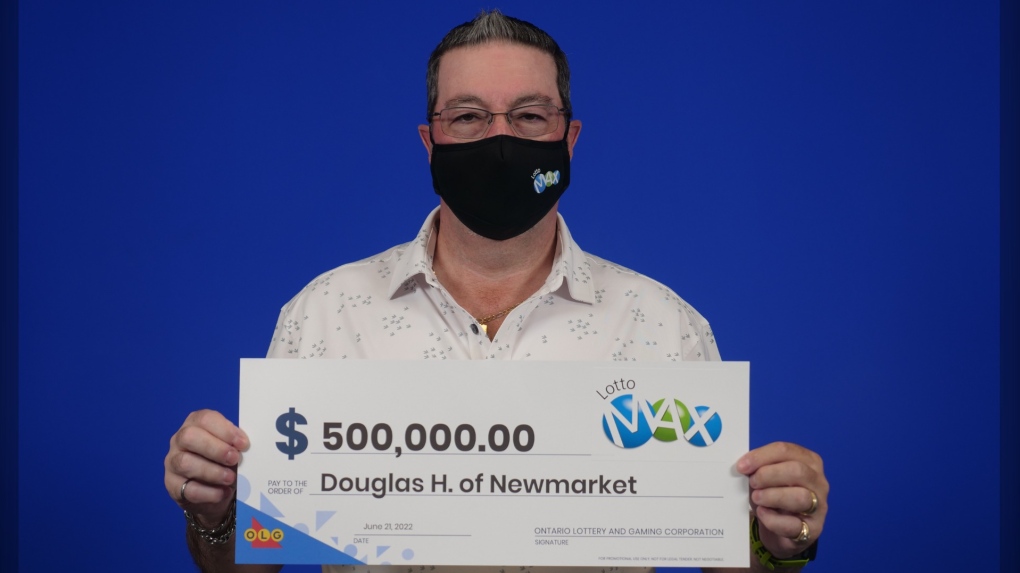 Douglas Heard of Newmarket, Ont. hold a winning cheque for $500,000 (Courtesy of OLG)

An injured finger led to a Newmarket man picking up a $500,000 OLG Lotto Max win.

Douglas Heard decided to make a stop at his local pharmacy in search of medical tape after he injured his finger while playing golf.

While the pharmacy didn't have the medical tape he was looking for, Heard decided to purchase a lottery ticket instead.

"I was pleasantly surprised with that amount. When the lottery terminal froze, I thought it was a lot of rigmarole for $500. It wasn't until I saw the slip that I realized it was for half a million!" he explained.

Heard rushed home to break the news to his wife.

"We both hugged and cried – it was very surreal! The first few nights I kept waking up wondering if this was a dream," he said.

He plans to pay down his mortgage, share with his children and set some of his wins aside for retirement. He also plans on saving some for a bathroom renovation and a golf trip.

The winning ticket was purchased at Shoppers Drug Mart on Yonge Street in Newmarket.

There is not enough evidence to open a formal church investigation into sexual assault allegations against Quebec Cardinal Marc Ouellet, Pope Francis said Thursday. The pontiff issued his statement through Matteo Bruni, director of the Holy See press office.

Parliament's top-secret national security committee is launching a review into federal agencies' ability to intercept private communications, on the heels of the RCMP revealing it has been using spyware as part of major investigations, for decades.