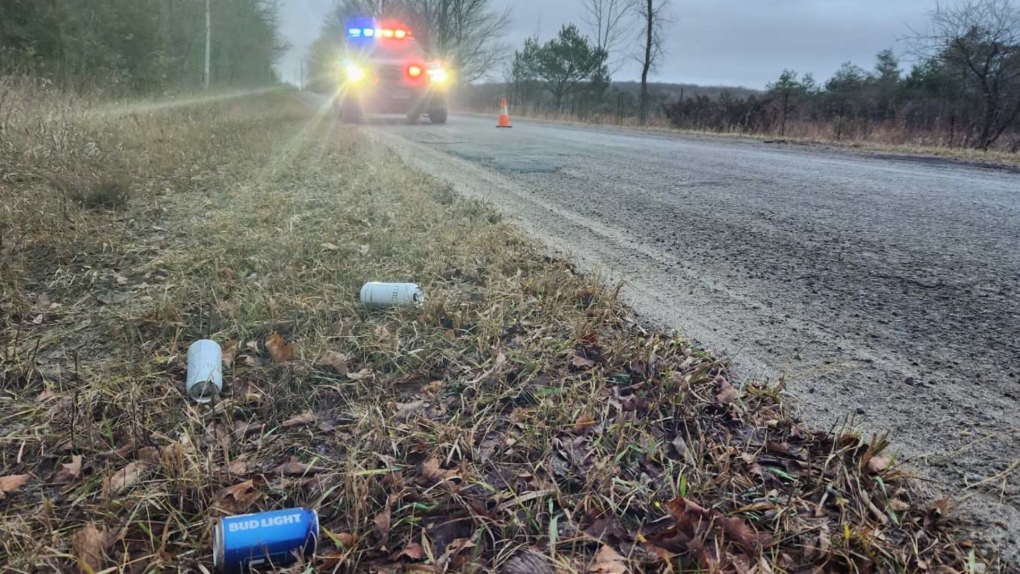 Police say they found beer cans in a ditch on Baseline Road in Kawartha Lakes, Ont., during a R.I.D.E. spot check. (OPP/Twitter)

Provincial police are reminding the public that impaired driving is "not acceptable" after officers found several empty beer cans in a ditch in Kawartha Lakes.

According to the OPP, the empty cans were found on Baseline Road while officers conducted a R.I.D.E. spot check.

Police say the discovery highlights the continued problem of impaired driving in the region.

The OPP conducts R.I.D.E. spot checks throughout the year to help identify and remove impaired drivers from the road.

The penalties for impaired driving in Ontario can be severe.

First-time offenders can face fines of up to $1,000, a license suspension of up to three years, and a possible jail term of up to six months.

Repeat offenders can face even harsher penalties, including a possible jail term of up to 10 years for those convicted of impaired driving causing death.

Police advise residents to plan ahead and make alternative arrangements if they plan on drinking or using drugs.