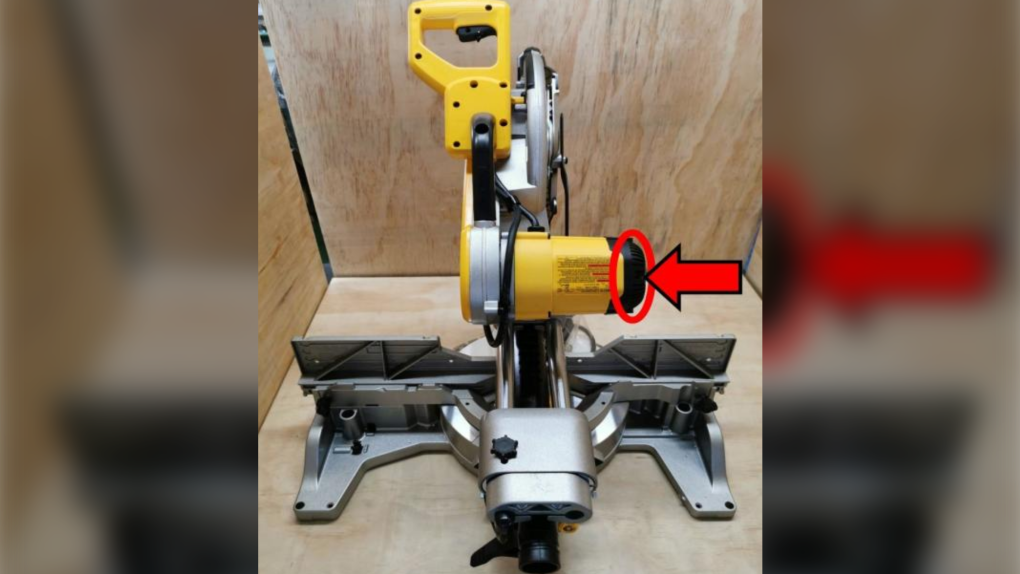 A consumer product recall has been released regarding compound miter saws.

DEWALT 12-inch sliding compound miter saws are being recalled immediately due to a laceration hazard.

This recall involves a 12-inch sliding compound miter saw imprinted with the DEWALT logo. The saws are yellow with black accents and have a model number located on the saw’s nameplate.

At issue is the rear guard assembly that can break or detach, posing a laceration hazard to the user.

In total, it has received a total of 571 incident reports of the rear guard assembly breaking or detaching.

The Government of Canada urges consumers to stop using the recalled miter saw, contact Stanley Black & Decker Canada for a repair kit, or obtain a free repair at a DEWALT centre.

Excluded from the recall are units with green dots on the carton near the UPC code, units with a green dot on the nameplate or saws with a black dot on the arm adjacent to the rear guard.