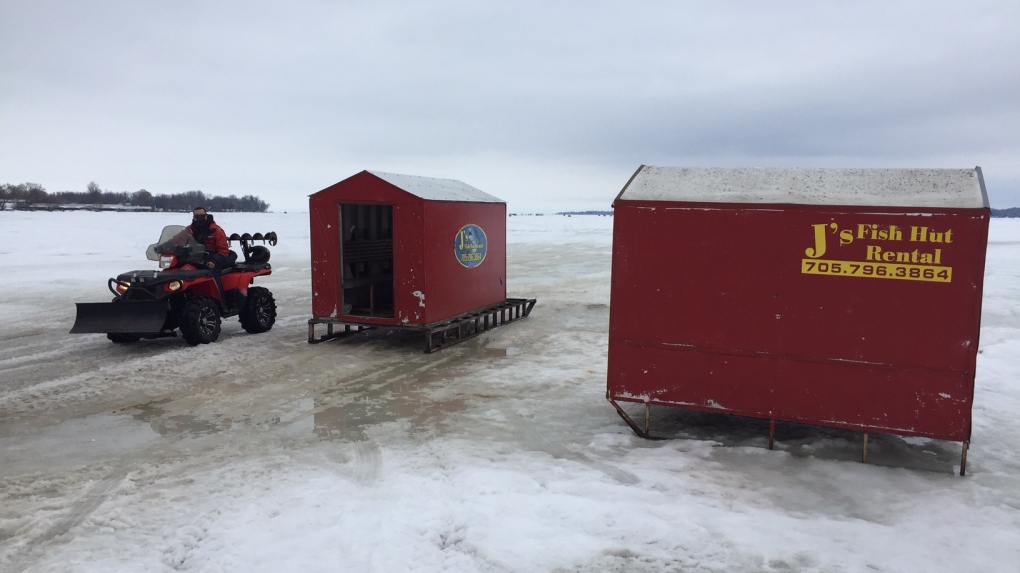 BARRIE -- With just two weeks before the end of the ice fishing season, ice hut operators are hoping for a deep freeze after a difficult season.

“We went from thousands of people [last year], to six, today,” said Rob Crosbie from J’s Fish Hut Rental in Innisfil. He says 90 percent of his clients come from the United States, and without them, he’s lost most of his business.

"Without the travel from our American customers being allowed into Canada, I don't think we can recuperate this year," said Crosbie on Saturday.

The weather conditions have also been less than ideal. A warm start to the season meant Crosbie didn't open up until February 8th."With the weather —the hot, the cold and the snow —the ice formation didn't come as quick as it usually does," said Crosbie.

On Saturday, Crosbie said there were at least 12 to 15 inches of hard blue ice off Lefroy Harbour. Provincial rules dictate that all permanent ice huts be removed from Lake Simcoe by March 15th. With just over two weeks until the end of the season, Crosbie is keeping his fingers crossed that Mother Nature delivers, and that local residents pay the ice a visit.