'I kept wondering if it was real': Utterson resident wins $100,000 on instant scratch ticket 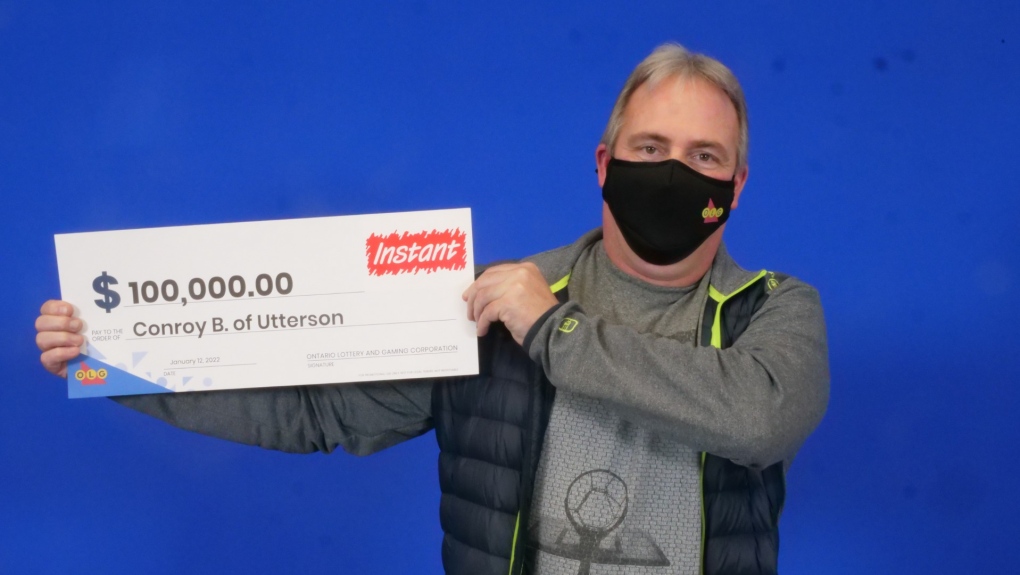 Conroy Bissonette said he was sitting in his car when he realized he was $100,000 richer.

After picking up the instant scratch ticket at a Circle K in Bracebridge, the Utterson resident won $100,000 playing OLG's Instant 21 game.

"When I saw it, I couldn't believe it," Bissonette said while picking up his prize at the OLG Prize Centre in Toronto. "Tears started running down my cheeks, and I kept wondering if it was real."

The 52-year-old says he messaged his wife right away. "She called me when she saw my note and then asked if I was okay to drive home," he laughed.

Bissonnette plans on paying some bills and treating his wife to a sauna.