'I grabbed him and started screaming!' Barrie family's terrifying emergency in Punta Cana

BARRIE -- When Darren Burley and his wife, Amy, decided to take their children on vacation to a resort in the Dominican Republic, they looked forward to some time away.

"It was our first family all-inclusive trip away together," Darren says.

They spent time by the pool in the sunshine for the first four days. But on the fifth day at the Fantasia Bahia Principe Punta Cana, things took a frightening and frustrating turn for the family. 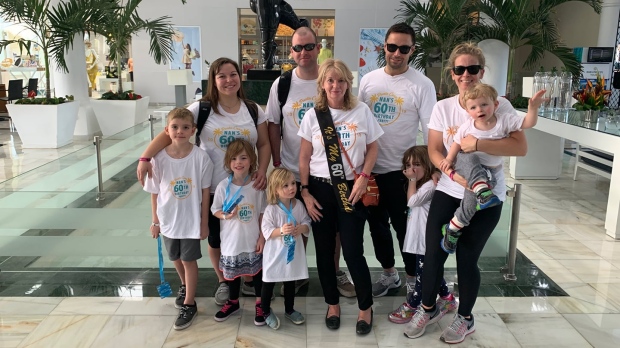 Their two-year-old son, Hunter, suddenly started convulsing. Panicked, Darren scooped up the boy and ran, desperate for help. "I just started yelling for a doctor. We ran to the lobby, to reception, yelling 'We need a doctor! We need a doctor!'"

By this time, the toddler was unconscious.

"No question, it was the scariest of my wife's and my life," Darren admits. "Just that uncertainty of what's wrong with him and what's happening."

"I don't even like thinking about it," Amy says while holding Hunter tightly in her arms today. "It was awful," she recalls as her voice begins to tremble.

The resort staff told the parents they would have to go to a clinic at a sister-resort to see a doctor, roughly one kilometre away.

They were rushed there in a golf cart. The on-site doctor immediately gave Hunter an injection, and within minutes, he was responsive.

Darren and Amy breathed a heavy sigh of relief, but were told Hunter would still need to be seen at a hospital. 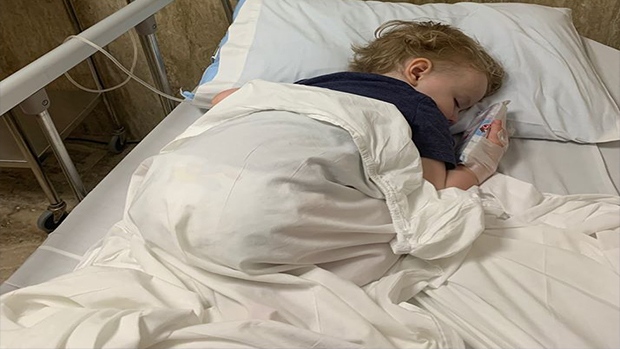 "The ambulance arrived and asked for my passport and credit card," Darren says. He bolted back to the hotel on foot to retrieve the documents which were stored in the room safe. He then rushed back to join Amy and Hunter in the back of the ambulance.

Darren says rather than being taken to a hospital minutes from the resort, they were driven more than half an hour away.

"We're going about 15 minutes, and I start asking questions. I'm like, 'where are we? Where are we going?'"

He says not one of his questions was answered on the long trip to the hospital.

When they finally arrived, Darren says he was immediately told he would have to pay $3,000 for additional testing, including an MRI, and for Hunter to stay the night.

"At this point, Hunter was almost back to normal," he says. "He was sitting up, he was stable, everything else." 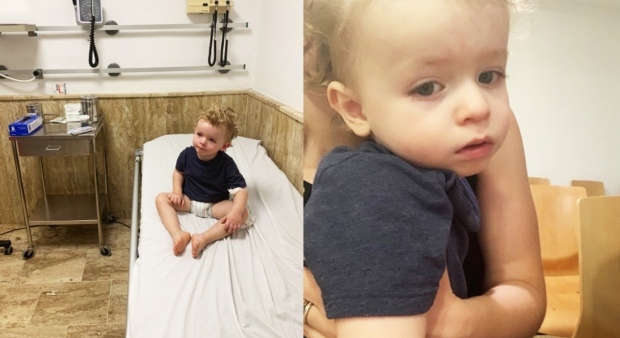 After a quick examination, Darren says the doctor diagnosed Hunter with tonsillitis.

"They came back again and asked for the $3,000 deposit," Darren complains.

For mom Amy, the entire event was nothing short of horrifying. Just the memory of what took place brings her to tears. "The fact that it didn't seem like his health was being taken seriously … that was the worst part," she sobs. "Let's just say I was very, very, very grateful when he came around and was ok."

Darren started to feel something just wasn't right and questioned why his child would need an MRI for tonsillitis? He pulled Amy aside and decided enough was enough. "I said, 'we're getting out of here."

But leaving wasn't going to be simple.

The physician and Darren argued over releasing Hunter with an armed guard keeping a watchful eye.

Finally, Darren was ordered to pay $1,000 U.S. "for the consultation and one antibiotic" before the hospital staff would agree to let the toddler leave with his parents.

Darren confronted the resort's general manager after their return to the hotel and questioned why they were taken so far away. He says the general manager admitted that the hospital they went to pays the resort clinic to send people there.

The Barrie dad says every parent should be able to trust the resort where they choose to vacation. "And if something unfortunate happens to a child while they are in that resort, the least I expect is that they are guided in the right direction to the proper health care and not to be taken, clearly on a scam, of trying to rack up a bill."

Today, little Hunter is doing just fine. Running around the kitchen and keeping his mom on her toes. 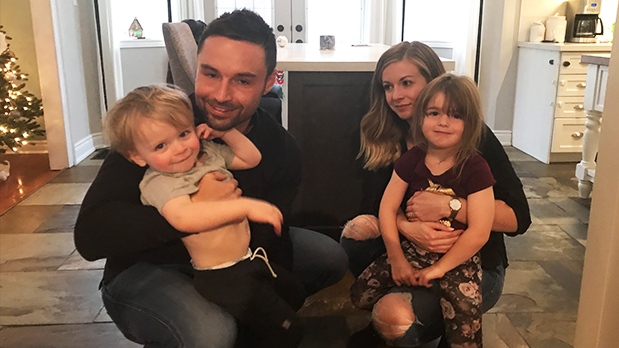 Amy took him to see their family doctor once they returned to Barrie, who gave the two-year-old a clean bill of health.

"His conclusion was that it was most likely brought on by a virus or a bacterial infection." She says her doctor was confused why the Dominican doctor would order an MRI, which would require Hunter to be sedated and can be dangerous for a small child.

Darren is warning other parents after their nightmare experience. "Know where the nearest hospital is because you can't necessarily trust that the resort you're staying at is going to guide you there."

In a statement to CTV News, the Fantasia Bahia Principe resort wrote that they are reviewing the protocols and information surrounding medical care at their resorts.

They went on to say they strive to provide the best possible service, but that the resort clinic is a private provider, separate from the resort, and that it's up to the guest to make choices about further medical treatment.

"I just wish we could turn back time," Amy says. "Now we know better, that's for sure."

- With files from CTV's Aileen Doyle