‘I don’t give up,’ Will Dwyer facing uphill battle in fundraising push 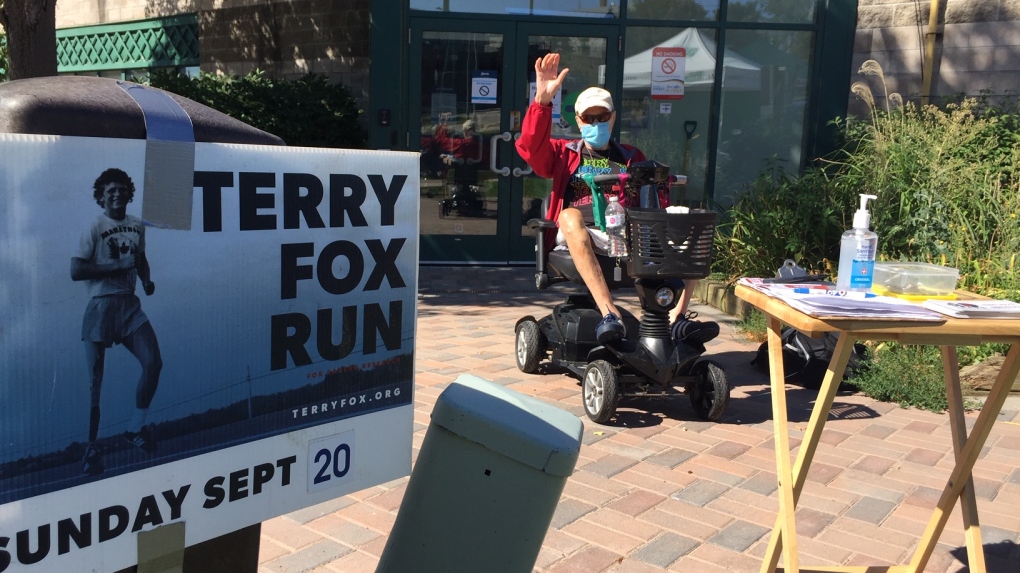 BARRIE, ONT. -- When Terry Fox set out across Canada to raise money for cancer research, it was dubbed The Marathon of Hope. Forty years later, 95-year-old Will Dwyer continues his own marathon of raising money for the Terry Fox Foundation.

“I got started shortly after Terry gave up and couldn’t do anymore, so I said I might as well get out and do something and help Terry,” Dwyer says.

Over the decades, Dwyer never missed a Terry Fox run. Last year he reached his goal of raising $1-million, then immediately set a new target to raise another million. So far, he’s raised $115,000.

But the WWII veteran has been facing an uphill battle to match last year’s numbers. His own cancer treatment has slowed him down. The pandemic has prevented him from getting out and going door-to-door for donations as in years past.

“I don’t give up, though, no sense in giving up,” Dwyer says.

Dwyer has been reaching out to previous donors and manning his table at the Barrie Farmers’ Market on Saturdays. Next Sunday, Dwyer will participate in the annual Terry Fox event by rolling around the retirement home where he lives on his scooter.

Dwyer plans one more Saturday at the farmers’ market before the event. If you miss him, Dwyer can still help him reach his goal by donating online through the Terry Fox Foundation.