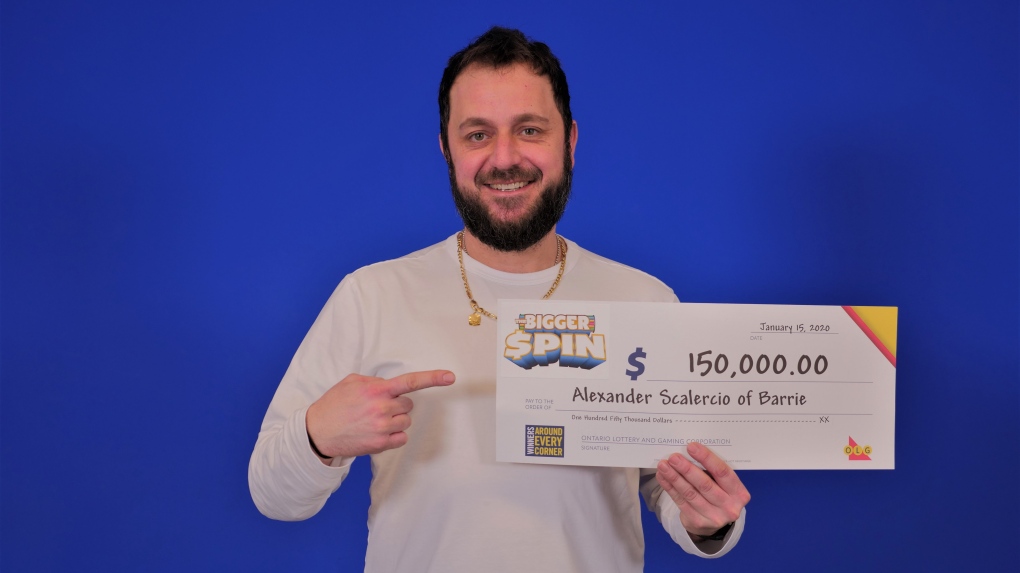 BARRIE -- Barrie’s own Alexander Scalercio is one lucky guy.

Scalercio is the winner of $150,000 with the Bigger Spin Instant game.

This isn’t the first time the 37-year old has won big.

Scalercio previously won $21,000 in the Poker Lotto All In draw.

“I checked my ticket at the store and couldn’t believe it was happening – I recorder the spin on my phone, and I had to review it a few times to believe it,” he said.

Scalercio plans to pay some bills and discuss his options with financial advisors.

“It feels great,” he added.

The winning ticket was purchased at Hasty Market on Prince William Way in Barrie.