"I can't believe this is the second time we're doing this," Seaward says.

In 2019, her step-daughter, Savannah Simon and Simon's boyfriend, Jo Williams, were killed while crossing the street in Angus. 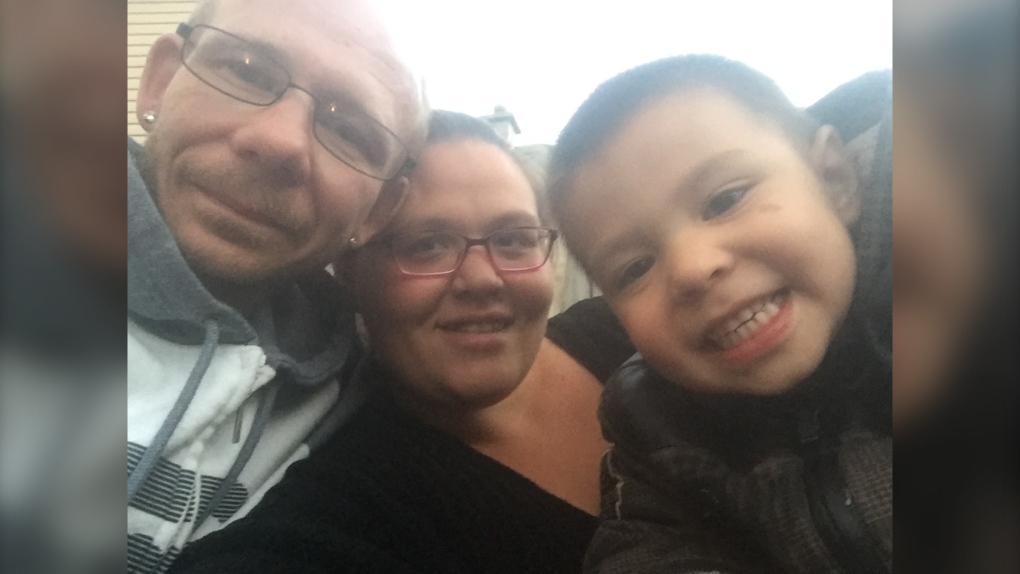 The couple left behind their three children, who Carla and Bruce took in.

On Friday, Seaward said goodbye to her husband, who died after contacting COVID-19.

"He was an extremely hardworking man," she says. "And he's the only thing that got me through losing my daughter."

Bruce, Carla and their kids all tested positive for COVID-19 in late May.

"Within eight hours... he went downhill so bad. I dropped him at the hospital, and he was admitted to the ICU," Carla says neither she nor her husband had gotten their first dose of a vaccine yet.

While in the hospital, Bruce had to be intubated. "I didn't get to see him for 23 days," she says. 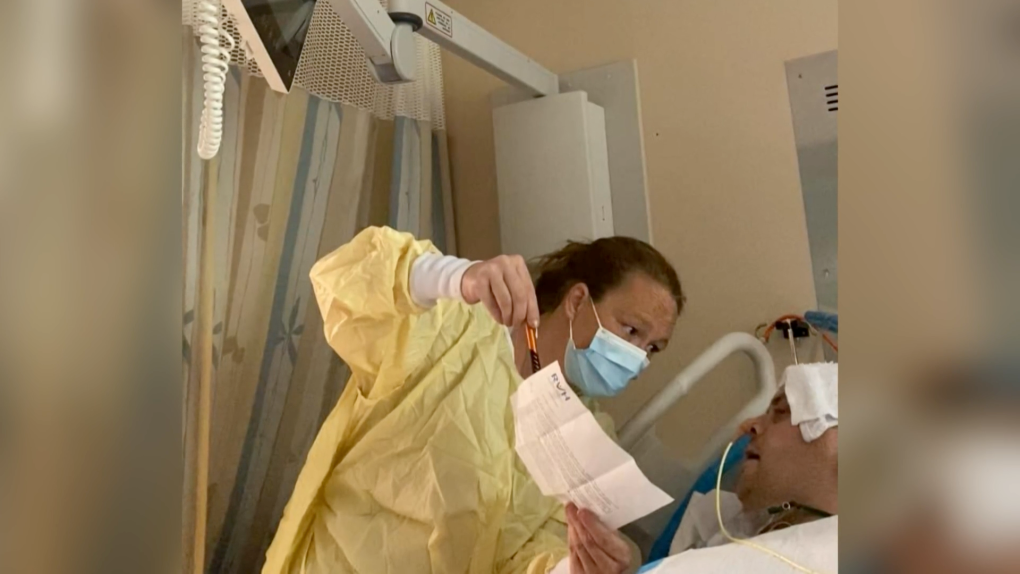 For a month, he fought for his life before taking a turn for the worse.

Carla says he struggled to breathe and was placed on a ventilator again.

"He woke up, he couldn't talk, but he said 'I love you," and he wouldn't leave until I told him it was okay," she recalls.

Carla says she held her husband in her arms as he took his final breath.

Now, she warns others to follow the health measures.

"COVID is real. I had it. Four of my children had it, and my husband died because of it," she says. "The last thing we need is for more people to die from this, and it’s not over.  Everybody thinks because they’re vaccinated it’s over, and it’s not even close to over," Carla concluded.

At his Celebration of Life, friends of Bruce comforted his now-widow and her kids and grandchildren and paid tribute to a man who they say put everyone else before himself.

"Everything came before Bruce. Bruce was the last thing on his list. He was worrying about everything else so much. He was just a fantastic person," said family friend John Kirchin.

Carla's sister set up a GoFundMe campaign to help the family who has lost so much. It has already surpassed its $10,000 goal by raising $15,505 by Friday afternoon.

A rescue operation is underway Monday for 39 people stuck underground at Vale's Totten Mine in Sudbury, Ont., CTV News has confirmed.

It's the 11th time in September alone that a new record high has been set for ICU patient count, which now stands at 265.

Two Canadians detained in late 2018 who were allowed to return to Canada in a prisoner swap were released on bail for health reasons, China's Foreign Ministry said Monday.

A former Conservative MP who lost his seat in the recent election thinks the party could have done a better job speaking directly to Chinese Canadians.

Tensions high between vaccinated and unvaccinated in Canada, poll suggests

A new poll suggests tensions over COVID-19 vaccines in Canada are high as frictions grow between those who are vaccinated against the virus and those who are not.