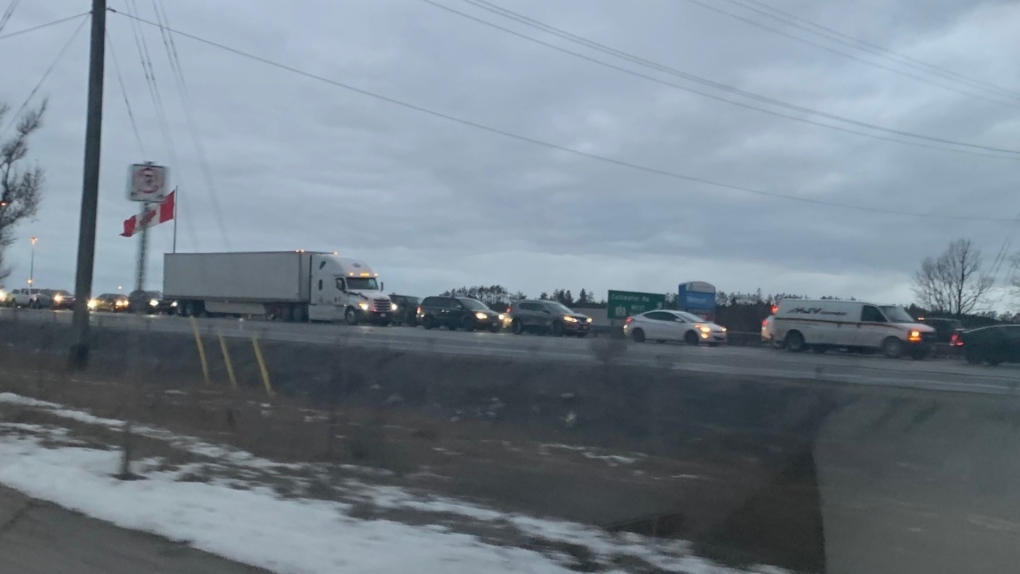 Traffic along Highway 11 in Orillia came to a standstill Friday evening after police closed a section of the highway in both directions because of downed power lines.

According to provincial police, a faulty hydro switch caught fire, causing the pole to snap into the northbound lanes south of Bay Park Road near Hampshire Mills Lane.

Traffic in both the northbound and southbound lanes were rerouted off the highway for crews to attend the scene.

Many motorists reported being stuck in the traffic nightmare for over an hour.

Hydro One crews were able to repair the issue, and police reopened the highway several hours later.

Five people were injured after a Laval city bus crashed into a daycare Wednesday morning, according to Urgences Sante. The incident took place at the Garderie éducative Sainte-Rose on Dufferin Terrace in Laval's Sainte-Rose district. At least one person was seriously injured.

Inflation has eroded purchasing power for many Canadians, but the experience with rapidly rising prices has been far from uniform.

With the hope of finding survivors fading, stretched rescue teams in Turkiye and Syria searched Wednesday for signs of life in the rubble of thousands of buildings toppled by a catastrophic earthquake. The confirmed death toll from the world's deadliest quake in more than a decade passed 11,000.

This is what political scientists make of that handshake between Alberta Premier Danielle Smith and Prime Minister Justin Trudeau.

opinion | Before you do your taxes, take note of these tax credits and deductions you may not have known about