Huntsville business owners frustrated with rise in break-ins and vandalism

Huntsville business owners frustrated with rise in break-ins and vandalism

Several business owners in downtown Huntsville are upset and concerned by a rash of recent break-ins and vandalism.

"They broke all the tills, and took the tills with them."

Chanpreet Singh said he had to replace the front window of his Pizza Pizza after two men broke in during the night and made off with cash.

"They broke everything," said one employee. "I was scared to come in. I called the police."

Break-ins and acts of vandalism have been reported by establishment owners all along Main Street.

Music on Main owner Mike McAvan said someone shot a pellet through the window of his store last summer, and the hits keep coming.

The owners of one restaurant found their front door broken and the dining room and kitchen trashed Wednesday morning.

"Condiments on the walls, the tables, all over the restaurant," noted OPP Const. Jeff Handsor. 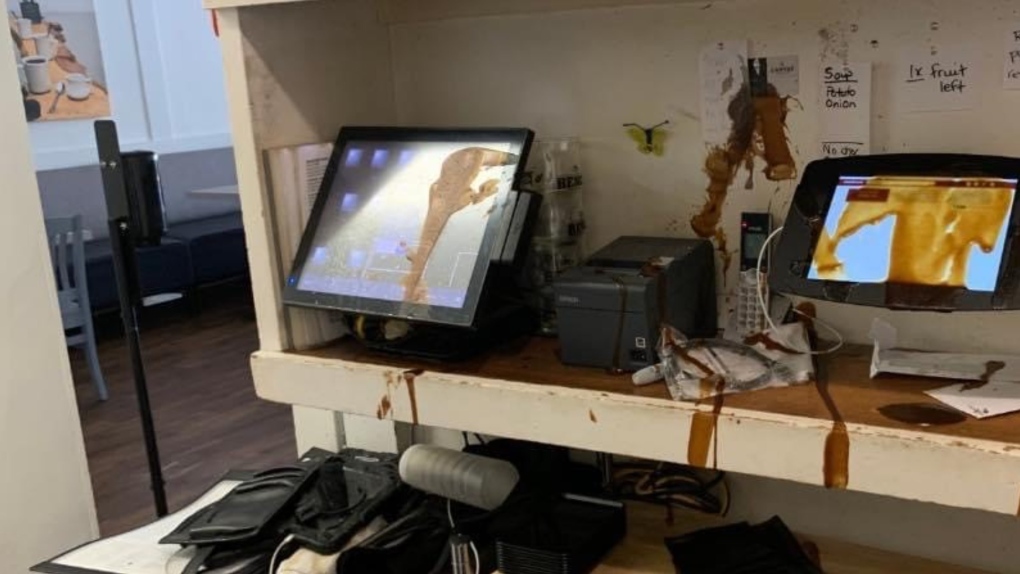 The restaurant had to be closed to clean up the mess.

Police said those responsible took roughly $1,000 and are believed to have broken in using power tools stolen from the garage of a nearby house.

Business owner Catherine Cole said she would like to see CCTV cameras "everywhere."

"So that you are able to access if something was to happen."

Singh thinks there should be police patrolling the downtown area overnight.

Many of the business owners have since stepped up security measures as OPP asks the public to report anything suspicious.

When schools in one North Carolina county reopen later this month, new security measures will include stocking AR-15 rifles for school resource officers to use in the event of an active shooter.