Huntsville accepts offer on Waterloo Summit Centre for the Environment 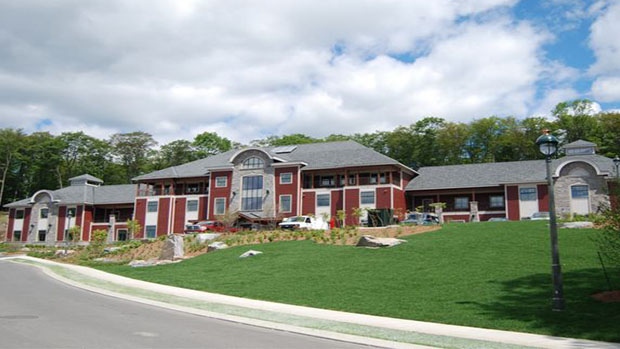 The Waterloo Summit Centre for the Environment in Huntsville, Ont. (Town of Huntsville)

The Town of Huntsville has declared the Waterloo Summit Centre for the Environment a surplus and has sold the building and parking lot.

Council accepted an offer from De Novo Trust Fund for more than $3.9 million at its meeting on Monday.

The additional surrounding lands will continue to remain under the ownership of the town.

The town issued a request for proposals in July and received five offers. The submissions were evaluated by an Evaluation Committee consisting of town staff who recommended that council accepts De Novo Trust Fund's offer.

The company will operate the building as a rehabilitation centre, assisting individuals to recover from alcohol and substance abuse.

"This term of Council has been striving to fund existing capital plans that include all of our Municipal Assets.  As part of this process, decisions have been made to dispose of municipal assets that are surplus to the municipality’s needs so that the ratepayers of Huntsville do not continue to fund these assets for future replacement,” said Mayor Scott Aitchison.  Mayor Aitchison further noted that, “De Novo Trust Fund will be a great addition to our community as we continue to focus on strengthening access to healthcare in our area.”

The building was previously leased by the University of Waterloo which terminated its lease in August.

Public comments on the sale are being accepted until December 14th and will be considered by council at its December 19th meeting.