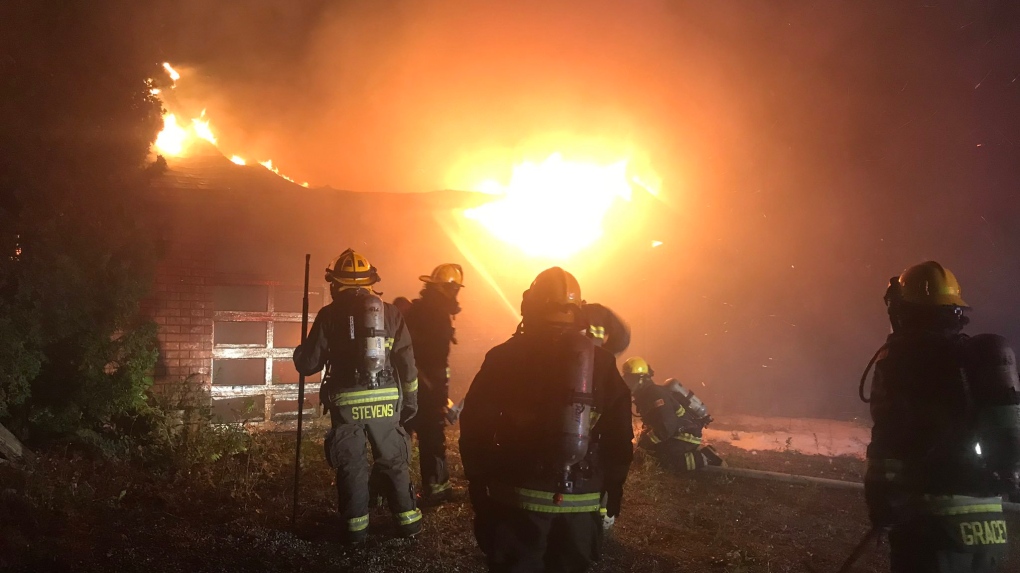 A house was completely gutted by fire in Grey Highlands, west of Duntroon on Tuesday night.

A neighbour called it in around 8:30 p.m. and when fire crews arrived the roof had partially collapsed. The fire chief estimates the flames shot roughly 25 to 30 feet into the night sky.

Fortunately, everyone escaped safely, and crews got the fire under control quickly.

There is no damage estimate at this time, but the chief says the two-storey home sustained "heavy damage."